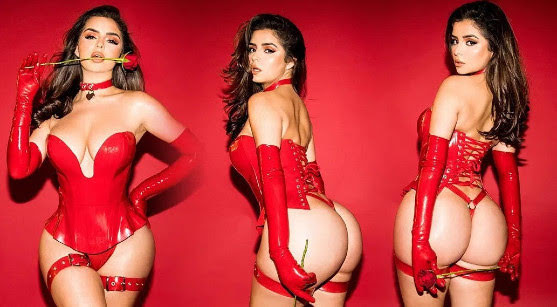 Tonight hottie Demi inspires our love for the news discourse as we check pop culture, community news and top headlines.

KANSAS CITY, Mo. - A small heart is putting up a big fight at a Kansas City, Missouri, hospital this Valentine's Day. At only three-and-a-half months old, Lettie Jude Rau has spent pretty much every minute of her life in a hospital. Shortly after her birth in Springfield, doctors realized her heart wasn't working properly.

OLATHE, Kan. - The victim of the deadly plane crash on Sunday in Olathe, Kansas, has been identified as Robert Douglas Ming, 51, of California. Ming was the founding partner at Quadrant Law Group and former mayor and city council member for the City of Laguna Niguel.

One person dies after falling off, getting hit by vehicle in KC; suspect flees

KANSAS CITY, Mo. - Kansas City police are investigating a deadly hit-and-run crash after one person fell off and got hit by a vehicle. The incident happened around 3:45 p.m. Sunday near 14th Street and Ewing Avenue in Kansas City. The victim, who has not been identified yet, died around 10:30 p.m.


Round World After All

Analysis: Why a Russian invasion of Ukraine would hurt Americans too

President Joe Biden spent the weekend leading what is looking like an increasingly desperate final effort to forestall a Russian invasion of Ukraine -- an incursion that could have grave consequences for his own political standing.

OTTAWA, Ontario - Canadian Prime Minister Justin Trudeau invoked emergency powers Monday to quell the protests by truck drivers and others who have paralyzed Ottawa and blocked border crossings in anger over the country's COVID-19 restrictions. In invoking Canada's Emergencies Act, which gives the federal government broad powers to restore order, Trudeau ruled out using the military.

Shares of the major Covid vaccine makers fell on Monday, as the unprecedented wave of omicron infections eased, with new cases rapidly dropping across the country. Moderna plunged more than 11%, the biggest decline in the S&P 500 Monday.

The ruling from U.S. District Court Judge Jed Rakoff came as a Manhattan jury was deliberating on Palin's suit, which claimed the Times defamed her by unfairly linking her to a 2011 shooting spree in Arizona that killed six people and gravely wounded then-Rep. Gabby Giffords.

Annedore's Chocolates shows off what's so sweet about Valentine's Day

Hide Transcript Show Transcript GIFT YOUR SWEETHEART A SWEET TREAT. CHOCOLE ATHAS PORWE FROMTS I FLORAV TO ITS SEDUCTIVE WILES. WHO CAN WE RESIST IT? I JUMP OUOFT BED TO GET HERE SHERRY WEEANDM SURE. CAN'T THE OWNER OF ANODORE'S IN WESTWOOD HILLS IS PASSIONATE ABOUT CHOCOLATE AND FOR ITS PLACE IN THIS MOST PASSIONATE OF HOLIDAYS.


Well-Read In The Dotte

If you've ventured through Strawberry Hill recently, you might have noticed a new storefront stocked to the brim with books handpicked for the Kansas City, Kansas, community. Flagship Books is the culmination of the vision of two brothers, Joel and Ty Melgren. With more time on their hands due to the pandemic, the pair decided...

Tuesday will be windy, warm

Hide Transcript Show Transcript CHILLICOTHE EVENING FORECAST 44 6 O'CLOCK 38 DEGREES BY 8 PM. THIS IS WE'R' GONNA NEED THAT JAETCK 34 DEGREES BY 10 AND BY MIDNIGHT OUR TEMPERATURE BE 33 DEGREES.