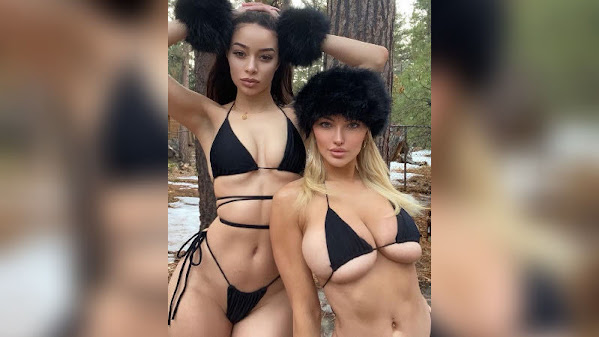 For local news junkies we gather more than a handful of info starting with background deets on hottie Lindsey and then pop culture, community news and top headlines . . .

CLAYCOMO, MO (KCTV) -- Ford announced last week that it was halting production of its F-150 pickup at eight plants---including in Claycomo---because of the semiconductor chip shortage. But the automaker says it will still start shipping out its new all-electric transit van starting Tuesday.

KANSAS CITY, Mo. - It's a dream for bargain hunters and it's expanding into the Kansas City area. Ollie's Bargain Outlet plans to open two locations in the metro, with one in the Northland and one in Overland Park, Kansas.

We asked, you answered. Here are ALL of Kansas City's favorite coffee shops, according to you

Kansas City really loves our coffee shops. Last week, we asked you what your favorite coffee shops in the metro area are, and we were overwhelmed by the response. Nearly 900 of you shared your favorite place with us-adding up to 92 shops-and more than 300 of you added a thoughtful note about what makes the shop your favorite.

KANSAS CITY, Mo. - The Independence City Council has called for an executive session Wednesday to review personnel matters. The announcement comes a day after the city announced it had placed a member of the police department on paid administrative leave as part of the city's ongoing investigation of inappropriate use of overtime.

JACKSON COUNTY - Crews with the Missouri Department of Transportation will CLOSE the ramp from eastbound I-70 to Benton Blvd. and Truman Rd. beginning at approximately 9 a.m. until 2 p.m. for bridge work on Tuesday, Feb. 8. Motorists will need to find alternate routes during this time as the ramp will be CLOSED.

The Health and Human Services (HHS) Department is rolling out a $30 million grant program that will fund the distribution of items, like crack pipes, for smoking illicit substances, according to a new report. The Washington Free Beacon initially reported on the program, noting that the department would prioritize applicants in "underserved communities" as defined under one of President Biden's executive orders.

WASHINGTON - President Joe Biden has for months grappled with differences within the Western alliance while navigating one of the trickiest foreign policy challenges to emerge since he took office: Russia's threat to invade Ukraine. While administration officials and outside experts say the U.S.

The top two Republican leaders in Congress were at odds Tuesday over the Republican National Committee's recent resolution that formally censured GOP Reps. Liz Cheney and Adam Kinzinger for serving on the House select committee investigating the January 6 insurrection.

WASHINGTON - In normal times, a politician could hardly do something less controversial than pose for a photo with kids. But these are not normal times. Stacey Abrams, the Georgia Democrat making her second run for governor, faced intense blowback Monday after sharing - and then quickly deleting - a photo of her smiling unmasked face surrounded by masked elementary school children.

Domestic critics of Emmanuel Macron, Nato hardliners and the leadership in Ukraine will be suspiciously examining the French president's late-night remarks at his Moscow press conference on Monday for signs of freelancing.


US Paper Of Record Reveals Fatigue With Plague Rules

Americans Are Frustrated With the Pandemic. These Polls Show How Much.

The balance of recent surveys suggests that the desire to return to normalcy has approached or even overtaken alarm about the coronavirus itself. A wave of polls taken as the Omicron variant crested across much of the United States shows new signs that the public's resolve to combat the coronavirus pandemic is waning.

OTTAWA, Feb 8 (Reuters) - Angry Canadian truckers were blocking the busiest crossing with the United States on Tuesday, as Prime Minister Justin Trudeau prepared to face legislators later in the day to discuss the growing crisis.

The world is on fire and our leaders are failing, poll finds

Biden's base, meanwhile, is furious. Though the administration has made climate action a centerpiece of its rhetoric, executive action and legislative agenda, 80 percent of Americans who labeled themselves left-leaning said that the Biden administration is doing too little to address climate change, including 64 percent of Democrats surveyed.


One Baller Good As The Next

LAS VEGAS - The NFL's biggest stars were all together in Las Vegas over the weekend for the 2022 NFL Pro Bowl, including six Kansas City Chiefs.

Ocean Prime KC is coming to the Plaza

Located at 46 Penn Centre, near Country Club Plaza, Ocean Prime Kansas City is the 17th location of the modern American restaurant and lounge from the award-winning Cameron Mitchell Restaurants.

Bird to bring new e-bikes and scooters to Overland Park

OVERLAND PARK, Kan. -Starting next month, people in Overland Park will have a new transportation option for getting around town. Monday, the Overland Park City Council unanimously approved an agreement with Bird Rides, Inc . to launch an e-bike and e-scooter pilot program.

Holistic Hustle: Faking it 'til you make might be why you have imposter syndrome

Kharissa Forte is a writer, certified health coach, and columnist for Startland News. For more of her self-care tips on how to keep your cup full, visit graceandgrind.co I'm not one to get caught up in the hoop-lah of celebrity crushes, but if there's anyone who I #WCW it's my Pisces twin Rihanna.

A warm and dry week continues in KC

Hide Transcript Show Transcript FORECAST SO YOU'LL KNOW FIRST. THISS I FIRST ALERT WEATHER. OKAY. WE KNOW IT'S FEBRUARY. WE KNOW THESE TEMPERATURES WON'T LAST FOREV,ER BUT WE'RE ENJOYING EMTH WHILE WE GOT THEM. WE'LL BE ABLE TO ENJOY THEM FOR A LITTLE BIT LONGER TOO.

Lucius - Next to Normal is the song of the day and this is the OPEN THREAD for right now.