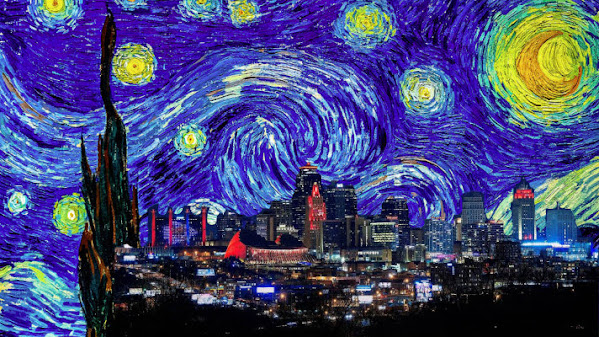 Kansas City artsy denizens are getting an earful over the repeated delays of this project.

Here's just a bit of late night culture on the topic . . .

The producer of "Immersive Van Gogh Kansas City" posted a letter on the exhibit's website addressing another delay.

"We truly understand your frustration and disappointment. We are eager to share our incredible immersive experience with you, but want to guarantee the best possible experience for you that we can," Corey Ross, Immersive Van Gough Kansas City producer, wrote.

KANSAS CITY, MO (KCTV) - Immersive Van Gogh will be opening in April at a space in Zona Rosa. The announcement came Tuesday, just two weeks before its first rescheduled opening date. The traveling exhibit was already facing criticism from some ticket holders who bought tickets for a December exhibit at a "secret" venue only to find out in November they were delaying the show's opening to Feb.

KANSAS CITY, Mo. - Ticketholders waiting to immerse themselves in Van Gogh's art are being told they'll have to wait even longer. Producers announced in November that the show was delayed until February 2022. Now ticketholders are being told the production won't open until at least April.