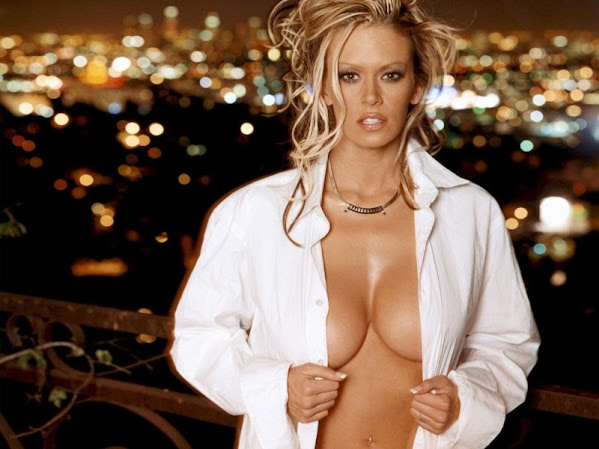 At one time hottie Jenna was an icon of the pr0n biz and she earned MILLIONS for her smut industry winning. Tonight, news of her hard times inspires our peek at pop culture, community news and top headlines . . .

Local Parents Alerted To Enduring Impact Of COVID On Families . . .

Two years into the pandemic, it's clear our world has changed. For teenagers, it could have long-lasting effects on mental health. It's being called a crisis nationwide."We're seeing a lot of children who have lost primary caregivers or grandparents that were very important who died from COVID.

KANSAS CITY, Mo. - Residents at one south Kansas City apartment complex complain they feel trapped in their homes. The lone elevator in one building at the Cloverset Valley Apartments near St. Joseph Medical Center isn't working. There's a sign on the buttons indicating work is being done.

Getting to this point was not quite as hasty, according to interviews with more than a dozen Biden confidants, White House officials, advocates and people close to the aspiring court nominees. While Biden's deliberations began in earnest over the last month, the president and White House officials long ago began laying the groundwork that led them to Jackson.

Trayvon Martin compared to Emmett Till on 10th anniversary of death

Trayvon Martin's mother used the 10th anniversary of his death on Saturday to urge those who sought justice for her family to continue to fight. Sybrina Fulton spoke to the National Action Network, the civil rights organization founded by the Rev Al Sharpton in Harlem.

Trump, who was impeached for withholding nearly $400 million in military aid from Ukraine, said 'this deadly Ukraine situation would never have happened' if he were in office

Donald Trump said Russia's invasion of Ukraine wouldn't have happened if he were still president. Trump was impeached in 2019 after freezing nearly $400 million in military aid to Ukraine. He previously said Crimea was part of Russia and praised Vladimir Putin's actions as "genius."

Sign up for our special edition newsletter to get a daily update on the coronavirus pandemic. A market in Wuhan, China, that sold live animals likely was the point of origin for the COVID-19 pandemic, according to a pair of studies released Saturday.

Kim Kardashian took to the skies above Italy Friday night - flying home to LA from Milan on her brand-new $95 million G65OER private jet that she reportedly had built from scratch, TMZ reported Saturday.

Stop by 1101 Mulberry Street on a weekday and you'll walk into a cavernous-and chicly decorated-space where you'll likely see a workout class synchronously gliding across the room with bungee cords attached to their waists. Stop by on an evening or weekend, and there's a chance you'll find something totally unexpected.

I can do that (better): How a home laser engraver burned a handcrafted apparel line - now sewn across KC - into reality

Family man Brett Jackson wears his evolution as a serial entrepreneur as proudly as the Kansas City-love engraved on his line of custom leatherwork, hats and apparel, he said. "The desire to continue to create propelled me into wanting to create physical items and tangible things," said Jackson, a nationally recognized graphic designer and video production expert, as well as the owner of Jackson Creative consultancy.

Sunny, warmer for your Sunday

Hide Transcript Show Transcript NEVIE:LL THIS EVENING, THINGS WILL BE QUI.ET THE WIND WILL BE LIGHT WITH PATCHY CLOUDS OVERHD.EA TEMPERATESUR START TO COOL BACK TO NEAR FREEZING. A LOW AROUND 22 OVERNIGHT WITH CLEAR SKIES. TOMORROW, LOTS OF SUNSHINE AND HIGHS BACK IN THE MDLE ID50'S, SO WARMER WEATHER TOMORROW AND WE GO UP FROM THERE.