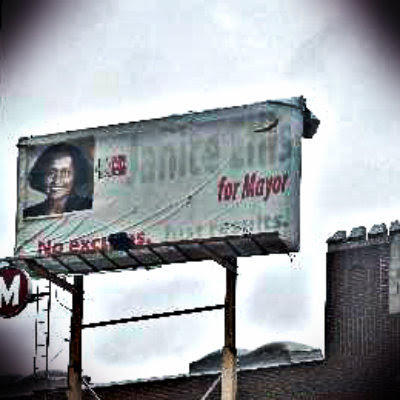 We remember Ms. Ellis for a distinguished career in Kansas City politics but also because she kept a mayoral billboard on Broadway for nearly 10 years.

Accordingly, here's her argument in favor of putting a Black woman on the Supreme Court . . .

"What a gross injustice to attempt to discredit and marginalize Black women in America one more time, in the most public way — casting one more debasement in their historic march toward equality.

"Must American history continue to bear such an ugly stain."

Interestingly . . . Read the missive close enough and it's not exactly supportive of Affirmative-Action or at least the popular interpretation of it . . .

The distorted misinformation about affirmative action is once again raising its ugly head around the potential nomination of a Black woman to the U.S. Supreme Court. Before any qualified, likely overqualified, Black woman is nominated for the Supreme Court, her reputation is being tainted by the notion that the only reason she is being considered is because of affirmative action.

The backlash to President Joe Biden's pledge to nominate a Black woman to the Supreme Court has laid bare many Americans' difficulties talking about race, from the lack of a shared vocabulary to ignoring past de-facto rules that favored white men.


Gowdy: The real meaning behind Biden's pledge to nominate a Black Female to the Supreme Court

"Sunday Night in America" host Trey Gowdy urged President Biden to cast identity politics aside when nominating a candidate to replace Justice Stephen Breyer on the Supreme Court, underscoring on his show over the weekend that "there is a difference between picking someone who is supremely qualified and happens to Black, and picking someone because she is Black."


Why are rightwingers so opposed to a Black woman supreme court nominee? | Thomas Zimmer

A majority of Americans support President Joe Biden's plan to nominate a Black woman to the U.S. Supreme Court following the news that Associate Justice Stephen Breyer will retire, according to a new poll. A survey by The Economist/YouGov found that support for the president's commitment to choose a Black woman outpaced opposition to the move by more than two to one.