Kansas City Playlist: What Did Mom Sing After Decapitating Son?!?

One of the most horrific stories in Kansas City history was quickly dismissed and discarded by mainstream journalists who mistakenly believe that the public would rather read pious rambling rather than honest reporting or, at least, real questions about local life.

Accordingly, we tread carefully back a horrific crime scene in order to offer insight . . .

Again, here's the passage from a story that has haunted locals all week . . .

The Jackson County Prosecutor's Office said Tasha Haefs told detectives the boy was her biological son and admitted to killing him.

When officers arrived, they found blood on the front steps of the home and could hear a woman singing, prosecutors said.

The woman refused to open the door and police said the louder they knocked, the louder she sang.

They found the body of the decapitated six-year-old in the kitchen and a decapitated dog in the basement and two knives.

Police also recovered a blood-stained screwdriver from the scene.

While speaking to police, the 35-year-old 'admitted to killing the victim in the bathtub and decapitating the victim,' the complaint said.

And all of this begs a very specific question inspired by top echelon insiders . . . 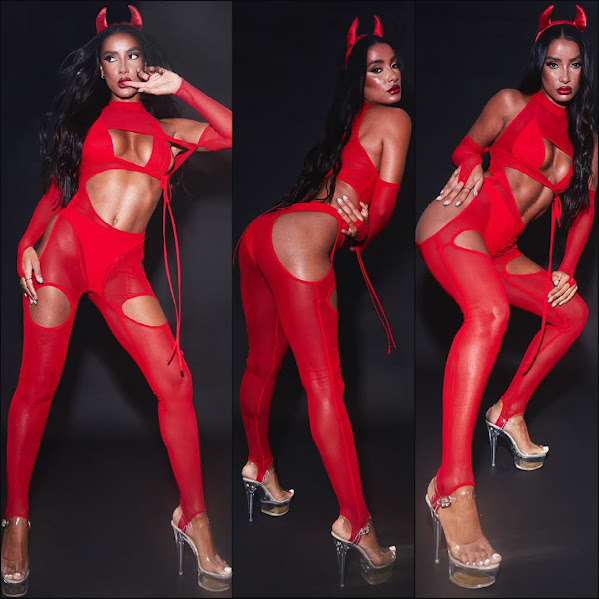 WHAT SONG WAS THE LADY SINGING AFTER COMMITTING A HORRIFIC ATROCITY AND CLAIMING TO FEAR THE DEVIL COMING?!?!

This question is at the core of the quest for REAL JOURNALISM in this Kansas City.

The question seems callous or even flippant but it's not . . . In fact, these kind of details help provide context and help give the public true insight into the nature of local life.

Alas, TKC is merely a blog community and can only speculate on the song that this woman sang after committing the worst slaughter of the year . . . So far.

And so we share this playlist on the topic of an admitted killer and tunes whilst fearing El Diablo . . .

Operatic rock by way of a legendary crooner who recently passed . . .