Kansas City Playlist: Everybody Loves A Lost Cause!!! 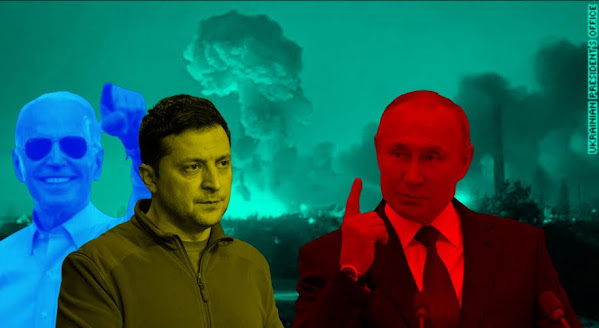 Showing love for a lost cause is a powerful gesture.

Better than cheering the underdog is showing support for a side that is sure to suffer defeat.

For instance, on this cold, dark winter night .  . . We dream of Summer and cheering the Royals, knowing that they're likely going to lose at least 90 games this season.

Watching a political candidate go down in flames is also fun if only because it reminds us that good intentions and uplifting talk is NEVER enough to win the day.

Tonight we want to take just a moment to contradict so much propaganda that Kansas City media watchers are forced to endure in order to support our national interest.

Big picture and a fact check that needs to be understood if only to keep us all from believing lies . . .

Promoting civilian combat is problematic at best and might be tantamount to a major betrayal of his own citizens.

Again, TKC doesn't claim to be an expert on international politics but encouraging teens and old men to take on Russian tank brigades doesn't seem like a winning strategy even if it plays WONDERFULLY in American media as so many local political hacks cheer the slaughter from the sidelines.

Stubborn Ukrainian resistance and logistic difficulties are hampering Russian troops more than Moscow planners expected, and there's no indication the invading forces have managed to take any big Ukrainian cities, according to U.S. and U.K. officials. "Russian forces are not making the progress they had planned.

A beauty queen and former Miss Grand Ukraine has apparently traded in her high heels for combat boots, joining the Ukrainian military in its push against the Russian invasion. Anastasia Lenna, Ukraine's 2015 representative in the Miss Grand International beauty contest, has answered the call to defend her home, according to her Instagram account.

Vlad and his army of Russkies have proven themselves to be bloodthirsty tyrants but, strangely enough, it will be economic sanctions that decides the fate of Russia in the long term.

The U.S., Canada and European countries are ramping up sanctions against Russia by moving to cut off certain Russian banks from the SWIFT payment system. The White House issued a statement saying, in part, "we commit to ensuring that selected Russian banks are removed from the SWIFT messaging system.

A real world move to exclude the not-so-new "red menace" from the global economy threatens to send Russia back to 3rd world status so quickly that the of all of the cheap junk manufactured in China might not be able to save them.

We acknowledge that cheering civilian fighters from a safe distance is so much more rewarding than tacitly conceding that bankers run the world.

And all of this inspires our playlist tonight on the topic of lost causes . . .

As always, thanks for reading and have a safe and fun Saturday night.