Kansas City News Match: In Your Panties And Around The World 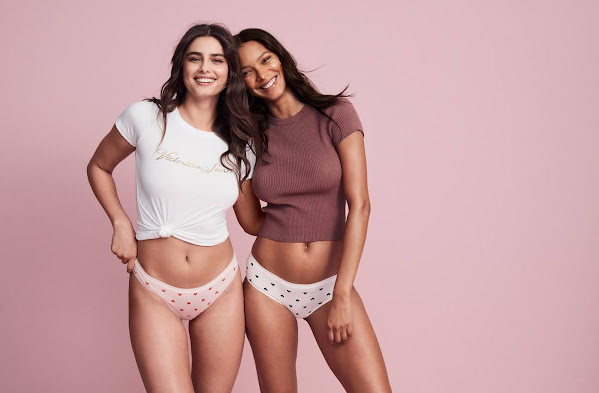 Tonight we're inspired to take one more peek at the local discourse given that hottie Taylor & Lais got us thinking about friendship and giving just a bit extra . . . And panties. Of course.

A man was critically hurt in a shooting Tuesday evening in south Kansas City.Police found the victim inside a home in the 6300 block of East 101st Street just after 5 p.m.A short time later, police said officers were involved in a chase involving a person of interest in the case.

KANSAS CITY, Mo. - A new research trial at the University of Kansas Medical Center will focus on COVID-19 long haul. Local sufferers of the often debilitating symptoms are speaking out about their experience, as KU Medical Center hopes to enroll more participants.

Many Ukrainians in America are nervously watching what's happening there. "I'm certainly concerned about them, I'm very worried about them," said Vitaly Chernetsky, a Ukrainian native and professor of Slavic languages and literature at the University of Kansas. Since leaving his home country of Ukraine decades ago, has studied and watched from abroad.

The Library of Congress describes the historic role youth have played in social justice movements like this: "At its height in the 1960s, the Civil Rights Movement drew children, teenagers, and young adults into a maelstrom of meetings, marches, violence, and in some cases, imprisonment." This moment is no different.

Hide Transcript Show Transcript GOVERNMENT TO INVESTIGATE THE KANSAS CITY POLICE DEPARTMENT. CITY HALL WAS EVACUATED TOYDA DUE TO A SUSPICIOUS PACKAGE. KANSAS CITY POLICE NOW SAY IT WAS FULL OF MISCELLANEOUS ELECTRONICS MAILED TO THE BUILDING BY MISTAKE. THE PACKAGE WAS FOUND ON THE 19TH FLOOR AROUND 3:15 THIS AFTERNOON.


Over The Freedom Convoy

Air Canada to resume flights from KC to Toronto

KANSAS CITY, MO (KCTV) -- If you find yourself missing the winter weather this July, Air Canada has you covered. The airline announced Tuesday its plan to bring back direct flight between Kansas City and Toronto. The route had been canceled during the early days of Covid-19.

President Joe Biden declared Tuesday that Russia's latest moves amounted to "the beginning of a Russian invasion of Ukraine," announced new sanctions and said he would send additional U.S. troops to the region.

Analysis: It's time to admit it: Mitt Romney was right about Russia

A decade ago, Mitt Romney went on CNN and made a statement that was widely perceived as a major mistake.

The U.S. Supreme Court on Tuesday brought a formal end to former President Donald Trump's request to block the release of White House records sought by the Democratic-led congressional panel investigating last year's deadly attack on the Capitol by a mob of his supporters.

A Canadian politician has come forward with claims that an ordinary "single mom" was locked out of her bank account after she legally donated $50 to the "Freedom Convoy" protesters. Conservative MP Mark Strahl shared the story in a Sunday Twitter post, which, if true, would run counter to the government's stated intent of only targeting leaders and active members of the truck convoy with financial sanctions.

Spread of COVID-19 within US hospitals hit a record high in January, with more than 3,000 hospital-acquired infections each week during the month and a peak of over 4,300, according to an analysis of federal data by Politico. The surge of hospital transmissions mirrored the towering wave of cases in the overall population driven by the ultratransmissible omicron variant.

subscribe to The NPR Politics Podcast podcast Former President Donald Trump has praised Russian President Vladimir Putin's moves in Ukraine, calling him "savvy," after the Kremlin recognized the independence of two breakaway, Russian separatist-controlled regions in eastern Ukraine. "I went in yesterday and there was a television screen, and I said, 'This is genius.'

At one point or another, even sound organizations suffer breaches of integrity. Often, such breaches foreshadow serious failures.

Aberli and Hank Spear will likely never forget the day their daughter was born because it happened on 2/22/22 at 2:22 a.m. EST, in room number 2. The remarkable palindromic date of birth took place at the Alamance Regional Medical Center in Burlington, North Carolina, according to Cone Health - a statewide hospital network.

Time Of The Season

Kansas City parents welcome their newborns on a special 'Twosday'

It's a day that won't be back for another a long time. Meet three of the babies who were born in Kansas City on "Twosday.""I tried really hard to make it until today," mother Talia Hutton said.Meet newborn Tuesday who was born on Tuesday, literally 2-22-22, at Saint Luke's South.


Another Peek At The Forecast

Single digits to start your Wednesday, more snow on the way

Hide Transcript Show Transcript AT THE BUS STOP TOMORROW, MINUS SEVEN, AT LEAST IN KANSAS CITY. A LITTLE BIT MORE SUNSHINE THAN WE SAW TODAY. A HIGH TEMPERATURE OF 25°. THESE ARE THE LOWEST WIND CHILLS WE WILL SEE TOMORROW MORNG.NI DOUBLE DIGITS BELOW ZERO, THAT IS THE AREA UNDER THE WIND CHILL ADVISORY.