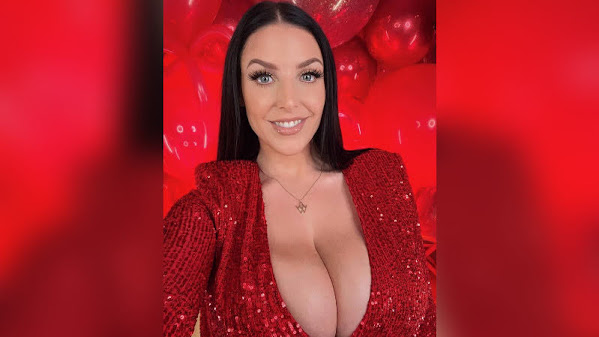 KANSAS CITY, Mo. - Google is giving a shoutout to a former Negro Leagues Baseball star. Toni Stone was featured as the Google Doodle of the day Wednesday. Stone grew up in St. Paul, Minnesota as Marcenia Lyle. She changed her name to Toni Stone after joining the Negro American League.

KANSAS CITY, MO (KCTV) -- There's a new top dog at the Kansas City Police Department. Rowdy, a three-year-old Dutch Shepard, is joining the department as a comfort and support dog. He was trained in Texas to help officers cope with critical incidents. This is Rowdy, our new peer support dog courtesy of the @kcfop.

KANSAS CITY, Mo. - Kansas City leaders resolved a debate Wednesday over redeveloping the historic 18th and Vine District, brining it one step closer to reality. It's a step in the right direction for some Kansas Citians. "We've been promised development in the area for decades," said Henry Service, owner of the Lincoln Building.


What Are They Smoking?!?

On Monday, Patrick Hauf of the Washington Free Beacon reported: " Biden Admin To Fund Crack Pipe Distribution To Advance 'Racial Equity '". On Tuesday, "fact checked" a few blog posts that picked up the Snopes Beacon story and confirmed all the major details in the original Beacon report but nevertheless handed down a "Mostly False" rating: It's Mostly False because it's completely true.

There's no question about it: the Kremlin has found a group of advocates in Fox News and the GOP, and Russian state media mouthpieces couldn't be more grateful. Scarcely a day goes by without a supportive mention of Tucker Carlson on Russian airwaves, and his open opposition to U.S.

WASHINGTON (AP) - With even Democratic states moving to roll back mask mandates, the White House said Wednesday it is beginning to prepare for a less-restrictive phase of the national COVID response in the face of growing impatience to ease up and turn toward post-pandemic normalcy.

Before the 2022 Beijing Winter Olympics, Lincoln Mitchell says he had never heard of Eileen Gu, who coincidentally played sports at the same high school he did in California.

Bob Saget's cause of death released

Bog Saget, who was found dead in his Orlando, Florida hotel room last month, died from the result of a head trauma, according to a statement from his family.

KANSAS CITY, MO (KCTV) -- Some new residents are coming to the Kansas City Zoo this summer. On Wednesday, the zoo shared plans via Facebook to bring an American alligators habitat later this year. The new animals will be located near the Discovery Barn and Billy Goats Gruff Yard.

The rollercoaster of temperatures continues

Weather Rundown: Breezy and cold overnight Wednesday with the low in the upper 20sNot as cold Thursday but still milder than normal. (highs in the lower 50s)Temperatures climb back to near 60 on FridayTemps come crashing down Saturday with a potential brief passing shower in the process.The rollercoaster ride of temperatures continues for the next several days.