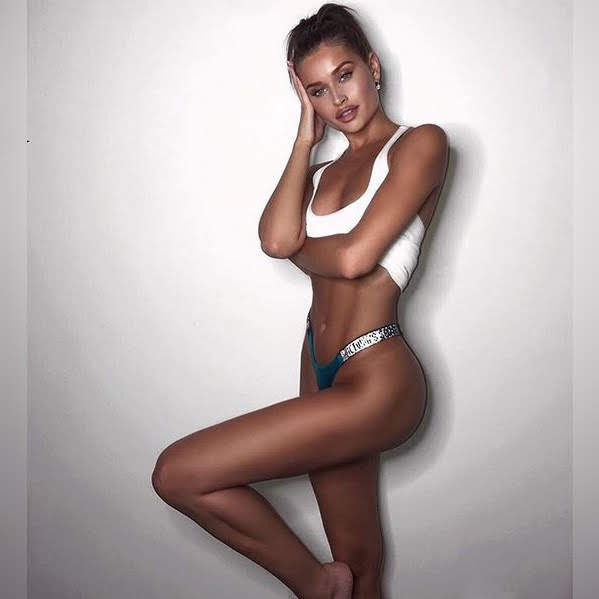 This morning hottie Lexi inspires us to gets started just a bit earlier than usual and share pop culture, community news and top headlines with our blog community.

ZMDR LLC in Lone Jack, Missouri, was cited by the Department of Natural Resources for polluting a mile of nearby streams when septic tanks overflowed following a December rainstorm. A neighbor complained to the state that the creek near their house turned black and had a stench.

KANSAS CITY, Mo. - While most of the families at Heart Mobile Village on Highway 40 have been relocated to make way for a new detention center, a handful are still struggling to find a new place to call home. The families who remain own their trailers.


Everybody Deserves A Second Chance For Breakfast

Stephanie and her dad behind the counter at The Mixing Bowl. // Photo Courtesy of The Mixing Bowl Just under two years out of prison, Stephanie Blaco has found redemption in serving homestyle cooking to the community. In December, Blaco celebrated one year as owner of the The Mixing Bowl on Southwest Boulevard.


Lexi Known For Getting Nasty Via Social Media

Things are heating up in the comments section. Fans are wondering if soccer star Neymar and model Lexi Wood are dating as they've been consistently leaving flirty comments on each other's Instagram photos. Wood posted a photo of herself modeling Savage x Fenty lingerie and underneath the 28-year-old Paris Saint-Germain player commented with a drool-face emoji.

"This is not a meme": Ukraine tweets cartoon comparing Putin to Hitler

In the early morning hours of Feb. 24, Russian president Vladimir Putin announced the start of a "special military operation" in eastern Ukraine. It was a euphemism. The land, sea, and aerial attacks amounted to what Reuters called the largest military invasion in Europe since World War II.

Ukraine and Russia: What you need to know right now

Feb 25 (Reuters) - Here's what you need to know about the Ukraine crisis right now: HEADLINES * Missiles pounded Kyiv on Friday and families cowered in bomb shelters as Russian forces pressed their advance and authorities said they were girding for an assault aimed at overthrowing the government.

The Ukrainian capital Kyiv was targeted with missile fire early Friday local time, according to an advisor to the country's government.

The way candidate Joe Biden told it on the campaign trail, things were simple: elect him president, and the world order would return to one in which America was not to be crossed. "The world does not organize itself.

Russia's invasion of Ukraine has exposed a schism in the Republican party between "hawks" who condemn Vladimir Putin and "America first" followers who express admiration for the strongman. But what has united the two wings so far is an opportunity to score political points by casting Joe Biden as weak and paying the price of failure in Afghanistan.

KANSAS CITY, Mo. - We are months away from the beginning of the 2022 regular season, but San Francisco 49ers safety Jimmie Ward is already talking about the upcoming matchup with the Kansas City Chiefs and, specifically, tight end Travis Kelce. Ward is coming off his best statistical year since being drafted by the 49ers in 2014.

The Beths - "A Real Thing" is the song of the day and this is the OPEN THREAD for right now.