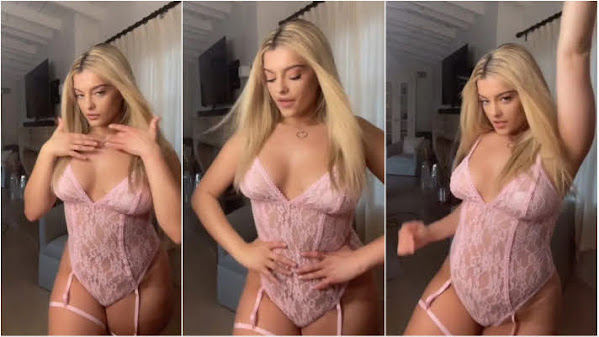 The world might be going to war this weekend and just to make things interesting before Europe is ruined again, we take a glimpse at hottie Bebe along with pop culture, community news and top headlines.

Multiple agencies were involved in a police chase and series of resulting wrecks after an incident in Kansas City's Northland Friday afternoon. North Kansas City police said that it all started at 1:26 p.m. at the La Quinta hotel on Taney Street in North Kansas City.

Inflation has driven prices up more than 7% in the last year. That's the biggest jump in 40 years.

Food composting services are a growing trend among businesses, reducing garbage and helping the environment

When lunchtime comes at Catalent Pharma Solutions in Grandview, employees are encouraged to dump their food scraps and paper napkins into a large orange container for pickup by KC Can Compost. Employees at Barkley, a downtown advertising agency, go a step further by signing up for a KC Can 5-gallon bucket (dubbed a "Mini") or a 1.5-gallon countertop container ("Itty Bitty").

OLATHE, Kan. - Johnson County leaders have reached new agreement terms for the development of the former Sunflower Army Ammunition Plant in De Soto. On Thursday, the Board of Commissioners voted 4-2 to dissolve the Sunflower Community Redevelopment Authority. Commissioners Michael Ashcraft and Charlotte O'Hara voted against the resolution.

The Kansas City Chiefs might be headed to Germany in 2022

A Chiefs social media post, combined with several recent press releases from the NFL, have all signs pointing towards a Chiefs game in Munich, Germany in 2022The NFL officially announced Wednesday it is expanding to Germany. It's a market that has been rapidly expanding for the league.


Hottie Offers Tribute To Diva In Her Skivvies

Two-time Grammy nominee Bebe Rexha slipped her curvaceous 5ft5in figure into a pink lace teddy and garters in order to take on TikTok's Celine Dion Challenge on Monday. The 32-year-old Brooklyn-born Albanian moved seductively as she lip-synched to the 53-year-old Grammy winner's 1996 power ballad It's All Coming Back To Me Now.

The US is planning to pull its impartial observers from the Organization for Security and Cooperation in Europe mission in Ukraine as the security environment deteriorates, two sources familiar with the discussions said.

Washington - Former President Donald Trump's alleged improper handling of White House records while he was in office and after he decamped to Florida has prompted fresh scrutiny over whether he flouted federal law and, if he did, whether he can be held accountable for doing so.

Ontario Premier Doug Ford declared a state of emergency on Friday and said he'll use all government resources to end a two-weeklong protest by Canadian truckers over Covid-19 rules. Ford said the trucker protest amounts to a "siege" of downtown Ottawa and the Ambassador Bridge which connects Windsor and Detroit.

Heart-disease risk soars after COVID - even with a mild case

From keeping up to keeping on. Kim Kardashian is holding her head high as her estranged husband, Kanye West, continues to lash out on social media and diss her new boyfriend, Pete Davidson. "Chin up or the crown slips," the Skims founder, 41, captioned an Instagram photo Friday of herself posing in a periwinkle blue one-piece while at a gym.

KANSAS CITY, Mo. (KCTV) - The Porter House KC located in the 18 th and Vine District offers programs to give minority business owners support they need. While the Porter House KC is only about 5 years old, co-founders Daniel Smith and Charon Thompson are strengthening Kansas City's small business ecosystem, especially in the urban core.

KANSAS CITY, Mo. - The Pro Football Hall of Fame Selection Committee announced Thursday that former Kansas City Chiefs head coach Dick Vermeil is this year's Coach Finalist and will be enshrined as part of the Hall of Fame's class of 2022.

Sweet Simba found herself in quite the predicament Thursday morning. But thanks to the heroic efforts from Kansas City, Missouri firefighters, she's now back on solid ground.

Ahead of the AFC Championship Game, I warned that the further the Chiefs climbed up that mountain, the longer and more painful the fall to the bottom would be - and what a fall it was. I won't bore you by rehashing the events that led to Kansas City tumbling off the rockface and free-falling to the jagged rocks below.

Headed to Hollywood: How one KC designer's life got flipped-turned upside down by a call from 'Bel Air'

When the Kansas City-provoked reboot of "The Fresh Prince of Bel-Air" begins streaming Sunday, its creator won't be the only recognizable local name to roll in the credits. "This has been a dream opportunity," said Whitney Manney, founder of the WHITNEYMANNEY (WM) fashion label, announcing her participation in costuming "Bel-Air" - the dramatic retelling of the '90s sitcom.

Warm Today, Cooler For The Weekend

NEIKED, Mae Muller, Polo G - Better Days is the song of the day and this is the OPEN THREAD for right now.