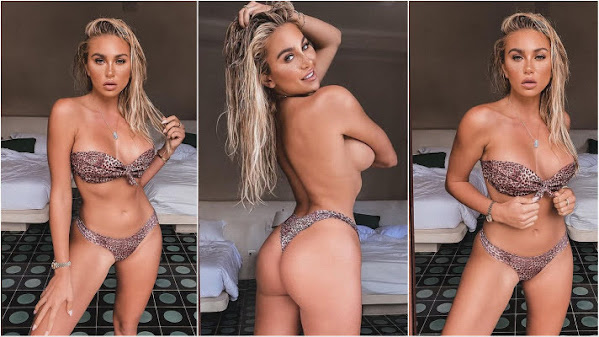 Right now we celebrate the fashion winning of hottie Khloe celebrating the year of the tiger as we check pop culture, community news and top headlines.

OLATHE, Kan. - These continue to be challenging times for families across the Kansas City area, and one family shared their story with KSHB 41 News. The Reagan house is busy - Claire and Scott are the parents of 7-year-old Evan, 5-year-old Abbie and 1-year-old Isaac.

Olathe school board votes to make masks optional for students

Hide Transcript Show Transcript REQUIREMENT FOR THREE MORE WEEKS IN LEE'S SUMMIT. THAT'S UNTIL FEBRUARY 24. ON THE KANSAS SIDE THE OLATHE , SCHOOL BOARD COULD CHANGE ITS HIGH SCHOOL MASKING CRITERIA. THE CHANGE WOULD REQUIRE MASKS IN ITS HIGH SCHOOLS ONLY WHEN 7% OF STUDENTS ARE ABSENT MASKS ARE REQUIRED AT THE ELEMENTARY AND MIDDLE SCHOOL LEVELS.

INDEPENDENCE, Mo. - Word of possible misuse of taxpayer dollars by an Independence Police Department officer comes days before voters head to the polls for the mayoral primary election. While candidates weren't directly asked about it a forum at the Fairmount Community Center Thursday evening, it did become political ammo.

Work continued Thursday on a railroad bridge support beam after a Union Pacific train derailed Wednesday in Kansas City's West Bottoms.It was the second derailment in less than two years at the Santa Fe junction.The bridge has been deemed structurally sound by engineers.


Ahead Of The Fashion Curve

"It's the year of the Tiger & this little tiger is ready to get back to the jungle where she belongs." Khloe Terae is ringing in the Year of the Tiger with a big cat-inspired bikini gallery.

Republican Sen. Mitt Romney condemned his party over a motion to censure GOP Reps. Liz Cheney and Adam Kinzinger for their their service on the House select committee investigating the January 6, 2021, insurrection at the US Capitol.

Weeks after the 2020 election, Donald Trump reviewed a draft executive order that authorized the national guard to seize voting machines and verbally agreed to appoint Sidney Powell, a campaign lawyer and conspiracy theorist, as special counsel to investigate election fraud.

President Biden touted U.S. job growth on Friday as it soared past expectations, adding 467,000 new jobs, even amid the surge in cases of the highly transmissible omicron variant of COVID-19. The president applauded the "extraordinary resilience and grit" of the American people.

Russia and China line up against U.S. in "no limits" partnership

China and Russia proclaimed a deep strategic alliance on Friday to balance what they portrayed as the malign global influence of the United States as China's President Xi Jinping hosted Russia's Vladimir Putin on the opening day of the Beijing Winter Olympics.

There has been a full-on media blackout of the new study outlining the ineffectiveness of lockdowns to prevent COVID deaths. According to a Johns Hopkins University meta-analysis of several studies, lockdowns during the first COVID wave in the spring of 2020 only reduced COVID mortality by .2% in the U.S.

Comparison is the thief of joy - or, in this case, a robber of confidence. Unfortunately for Kim Kardashian and her loyal disciples, a study conducted by Toronto's York University discovered that "slim-thick" imagery online causes more body dissatisfaction amongst young women.

5 Johnson County projects worth watching in 2022

Although several coming downtown Kansas City developments might garner brighter spotlights, few can compare to the sheer magnitude of some coming down the pike across the state border - at least, if they deliver on the full mixes of uses touted at their inception.


Not A Bad Deal

OVERLAND PARK, Kan. - New dealers at Hollywood Casino's Kansas City, Kansas, location can now earn a $1,000 bonus upon graduating their training and receiving their state gaming license. is hosting an open house for job seekers Thursday from 3 to 7 p.m. The first 50 people qualified to apply for openings receive a $25 gift card.

"Underground" dance performance at Kauffman Center pushes for racial unity: "It can, and is, happening again."

KANSAS CITY, MO (KCTV) -- The Underground dance performance is back this weekend at the Kauffman Center, telling the stories of three slaves---and the people they encounter---on their way to freedom via the Underground Railroad. The production has had a place in Kansas City for 15 years, but has been on a year-long hiatus.

The Overland Park Farmers Market is getting bigger and better in 2022.

According to a report from ESPN's Jeremy Fowler, the New Orleans Saints are interested in hiring Kansas City Chiefs offensive coordinator Eric Bieniemy as their new head coach. The Saints want to speak with Chiefs OC Eric Bieniemy for the head coaching job, per sources.

Tune In On Valentine's Day For Songs From the Heart

Join us for Songs From the Heart on Monday, Feb. 14 from 7 a.m. to 7 p.m. in celebration of National Donor Day - a day of love songs and stories from people transformed by the gift of organ donation.

Cold Friday But Warmer Weather On The Way

Hide Transcript Show Transcript SUNRISE SO BITTER COLD NOW THROUGHOUT NINE O'CLOCK AND THEN THE REST OF THE 12-HOUR FORECAST SUNSHINE ANDLIMB CING TO 32 DEGREES THIS AFTERNOON. THERE WILL BE A STRONGER WIND LATER TODA NTHY WINDS 10 TO 15 HIGHER GTSUS TEMPERATURES AROUND FREEZING LAWRENCE LEAVENWORTH SAINT JOSEPH.

Rex Orange County – KEEP IT UP is the song of the day and this is the OPEN THREAD for right now.