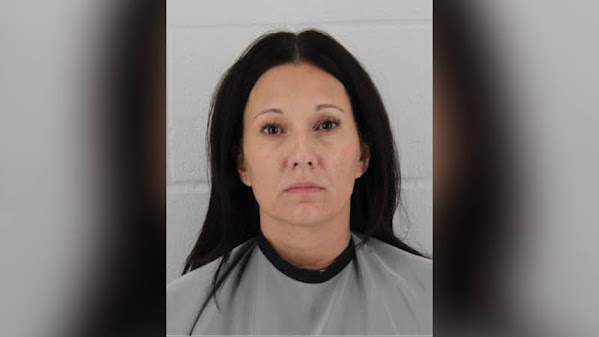 In this post we round-up a bevy of misdeeds from across the metro accompanied by photos from the po-po and brief descriptions of ALLEGED misdeeds.

Notice that there's an uptick in crime from our suburban friends as times get tougher and just a bit more violent across the nation.

And, as always, we attempt to finish the roundup with a bit of hope . . .

OLATHE, Kan. - A woman charged with stealing from elderly residents allegedly rerouted more than $100,000 from their bank accounts into her personal account. Patricia Ann Myler, 39, is charged with seven counts of mistreating an elderly person, identity theft, and computer crimes. According to an affidavit, Myler worked as an accounts receivable manager at Villa St.

KANSAS CITY, Kan. (KCTV/AP) - A Kansas City, Kansas, man will be sentenced March 25 after pleading guilty to killing his 3-year-old daughter. Howard Jansen III pleaded guilty last week to second-degree murder and five other charges. Police found the body of his daughter, Olivia Jansen, in July 2020 in a wooded area in Kansas City, Kansas, hours after Jansen reported her missing.


Man charged in attempted rape of patient inside KC hospital

KANSAS CITY, Kan. - Two teens shot and killed early Friday morning have been identified by the Kansas City, Kansas Police Department. The police department said Samuel Guess and Antonio Johnson, both 14 years old, were pronounced dead inside an apartment on the 2200 block of Birch Drive.

The Bonner Springs Police Department shared a wild video Friday of a car sliding into a stalled car and police vehicle. The crash was just one of many, as drivers struggle to cope with one of the area's biggest snowfalls in recent years.

SHAWNEE, Kan. - More details have come out about a Johnson County, Kansas, man accused of setting a fire that killed his little boy. The district attorney's office charged 28-year-old Nicholas Ecker with first-degree murder and aggravated arson in connection to that fire in Shawnee.


2 teens shot, killed in KCK were both 14 years old

Seven teens in Kansas City, Kansas public schools have died from gun violence this school year.The latest two were shot and killed late Thursday. Both victims were 14 years old.Police say Samuel Guess and Antonio Johnson were not relatives but were friends.

KANSAS CITY, Mo. - After nearly a dozen classic cars were stolen in Kansas City, several vehicles have been located. But a couple of owners are still searching. There's also a reward for the vehicles' safe return. The owners say it's not about the money. It's personal.

KANSAS CITY, Mo. - The family of 6-year-old Karvell Stevens is speaking out. The young boy was found dead in his home at 73rd and Indiana in Kansas City. Police arrested his mother and Jackson County prosecutors have charged her with first-degree murder and armed criminal action. The family of Stevens is devastated.

KCPD has a new peer support dog, Rowdy, courtesy of the Kansas City, Missouri Fraternal Order of Police, Lodge #99. He’s a 3-year-old Dutch Shepard rescue who will comfort officers who’ve experienced traumatic events, boost morale within the department, and support any KCPD employee who could use some.