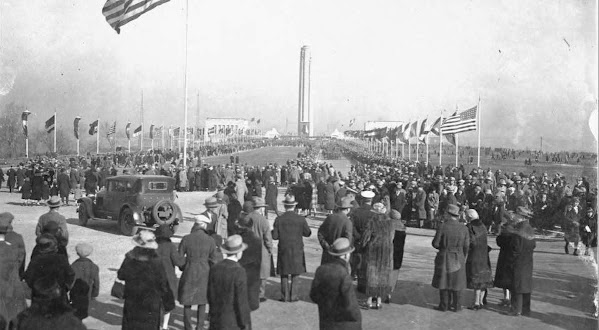 We don't pretend to have much insight on international affairs . . . But it doesn't take diplomat to know that things are going to get rougher around here as the US engages in another cold war with a nuclear power.

As we predicted and so many others confirmed . . . Gas prices will continue to spike. And with that EVERYTHING becomes more expensive.

We offer a quick peek at the road ahead with a focus on the local perspective . . .

The threat of war with Russia in Ukraine is hitting Kansas Cititians in the wallet half a world away. The threat of a struggle between the two countries is already forcing up the price of a gallon of gas. Russia is one of the biggest oil producers in the world.


From Kansas City, Ukrainians watch and worry as Russia invades their home country

Ukraianians across the Kansas City region are nervous for their families after Russian President Vladimir Putin sent troops into two breakaway regions in eastern Ukraine Tuesday. "They're all on pins and needles watching the news pretty much around the clock, trying to understand what's happening and predict what will happen next," said Oleksandra Wallo.


Factbox: How the Ukraine conflict could affect the U.S. economy

Feb 24 (Reuters) - Federal Reserve policymakers on Thursday signaled the conflict in Ukraine will not budge them from their expected course of rate hikes ahead. read more But the impact on the U.S. economy could be felt in sundry ways, from the price people pay for gasoline at the pump to a hit to household wealth.

KMBC 9 has been following the impact of inflation on your wallet. From food to fuel, everything is costing you more. Lumber is another item that's seen a spike in the last year.


Analysis: Why Putin's long-feared attack on Ukraine will rock America and the world

Just as diplomats at a last-minute United Nations Security Council meeting were pleading for peace, Russian fire began raining down on Ukraine.


Russia's Ukraine Invasion: What It Means for the US Economy, Cyberattacks and More

Russian forces attacked Ukraine overnight in a combined assault by land, sea and air -- the largest European invasion since World War II. Late Wednesday night in the US, President Joe Biden condemned what he called an "unprovoked and unjustified attack by Russian military forces," following reports of troops crossing the border and explosions in multiple cities, including the capital, Kyiv.


Why is Russia invading Ukraine? Could it be the start of WWIII? Here's what we know

Russian troops launched an attack on Ukraine on Thursday that started with explosions before dawn in the capital Kyiv and other cities. Ukraine's foreign ministry said Russia's intent was to destroy the state of Ukraine, a Westward-looking democracy intent on moving out of Moscow's orbit.