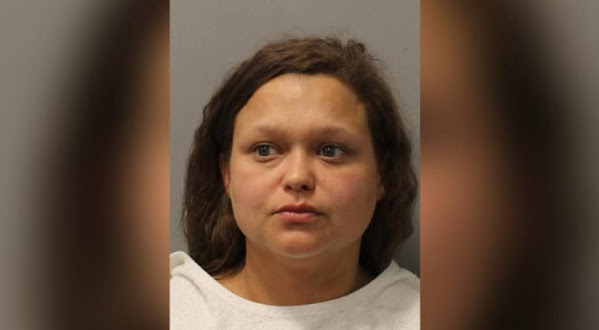 We put off the round-up of this news until after peek hours on the blog because we didn't want any hint that we're doing it for clicks/ads.

Sadly, this news does, in fact, offer a glimpse at REAL LIFE in Kansas City proper and the desperate circumstances endured by so many residents, many who are innocent youngsters.

Accordingly, we'll start with reaction from the courthouse . . .

The community now knows some of the terrible details of the death of this 6-year-old child. It takes our breath away. My office, as it always has, pledges to do everything in its power to bring justice in this young boy’s murder. We will not shrink from our responsibility.

It’s difficult to imagine the grief for this boy’s family. For the child’s classmates. His friends. Neighbors. The first responders who went to this crime scene.

I expect it leaves us not knowing what to do. We might look at our loved ones today and give some thanks to God or even say a prayer. Thank you, my child is safe today. But we want everyone’s children to be safe.

We’ve announced today that the child’s mother is charged with Murder in the First Degree of her 6-year-old son and Armed Criminal Action.* She is being held in the Jackson County Detention Center and her bond request was “no bond.”

It can’t stop there.

This child’s death is a call for something more. Our community must heed the call. Law enforcement, prosecutors, public health officials, social service providers, all of our many partners must work together to address the violence. Strong collaborations are needed to lean into this difficult challenge, and better protect our community’s most vulnerable population, our kids.

Regarding this case, we will review our systems and responses to examine more deeply if any opportunities for intervention were missed. But I should stress that we don’t know of any failed processes, and we acknowledge that one may not exist. This type of review, though, could produce a valuable lesson from this horrible event, something that might prevent future harm.

Let’s also focus, Kansas City, on the violence among us. It’s a challenge we can no longer ignore. We cannot become complacent with 180 or 170 or even 150 homicides per year and hundreds more shot but not killed. We’ve seen the horror that can occur when we don’t work together to help our community members avoid a future of violence.

Going forward let’s keep a clear goal: Reduce our community’s violence and alert mental health professionals whenever we are aware of someone in need of intervention.

A quick recounting of circumstances . . .

According to court documents, officers arrived and found what appeared to be blood on the front steps. The officers determined a woman was inside but she refused to answer the door.

Court documents show officers noticed what appeared to be blood leading to the front door of the house. Documents also showed officers heard a woman singing loudly who refused to answer the door. The louder they knocked, the louder she sang.

Officers also saw what appeared to be a severed head inside near the home's entrance.

Court records said that officers forced their way inside. Investigators said the woman had apparent blood on her and two knives were seen in the home, court documents stated.

According to court records, Tasha Haefs, 35, allegedly admitted to killing the boy.

And so we share more info on the tragedy from today's news cycle and notice that local outlets are downplaying the barbaric deets of the tragedy which only serves to mislead the public regarding the MONSTROUS YET ENTIRELY POSSIBLE HORRORS of ignoring so many Americans with serious mental health issues in crisis.

Kansas City police have released the name of a 6-year-old boy who was killed late Tuesday inside a home near 73rd Street and Indiana Avenue.Jackson County prosecutors charged Tasha Haefs, 35, with first-degree murder and armed criminal action in the death of her son, Karvel Stevens.Kansas City police were called to the 7300 block of Indiana Avenue on a reported disturbance late Tuesday.

KANSAS CITY, Mo. - A 35-year-old woman is charged in the death of her 6-year-old son. Prosecutors charged Tasha Haefs with first-degree murder and armed criminal action less than a day after she was arrested at a home in the 7300 block of Indiana Avenue.

Kansas City, Missouri, police identified the 6-year-old boy who was murdered Tuesday in the 7300 block of Indiana Avenue. Karvel Stevens' death is leading to a renewed call to action for the Kansas City community to address a rising tide of violence and invest in access to mental health resources.

KANSAS CITY, Mo. - Kansas City police released the name of the 6-year-old boy who was killed inside a Kansas City house Tuesday night. Officers were dispatched to the home after receiving a call from a woman claiming "the devil was trying to attack her."


Neighborhood in KC mourns for child who was killed

We've learned disturbing new details about the heartbreaking death of a 6-year-old boy in Kansas City. His mother has now been charged with murdering him.