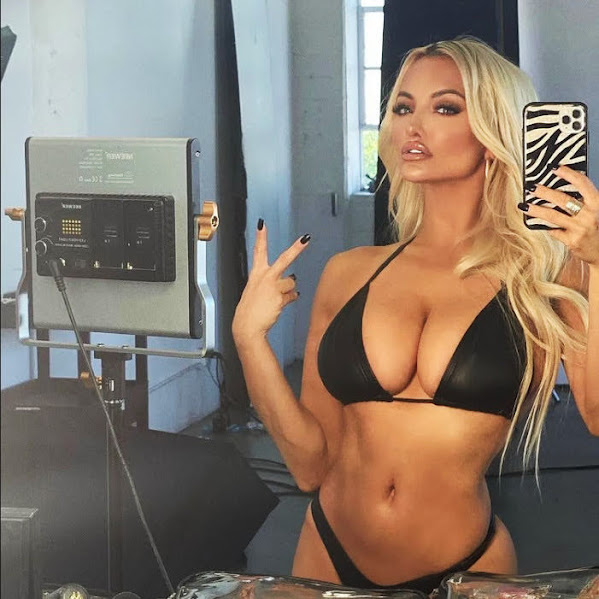 Right now we're inspired by hottie Lindsey as we grab far more than a handful of pop culture, community news and top headlines.

KANSAS CITY, Mo. - The Kansas City area was placed under a winter weather advisory Tuesday morning. The National Weather Service issued the advisory just after 5 a.m. to go into effect immediately and lasting until noon. Morning mist and drizzle are likely to become freezing drizzle due to the drop in temperature.

The Folly Theater, 300 W. 12th St., has a new top showrunner and a big project waiting in the wings. Rick Truman was named executive director of the Folly in January, succeeding Gale Tallis who retired after 15 years at the historic performing arts venue. She was executive director for more than 11 years.

KANSAS CITY, Mo. - One person was killed in a high-speed crash in Kansas City, Missouri, Monday night. It happened on U.S. 350 just before 10 p.m. According to KCPD, a grey Honda Accord was headed east at high speed and the driver lost control.

KANSAS CITY, Mo. - The Overland Park City Council approved a motion to deny the rezoning and special use permit applications for the Deer Creek apartment proposal during Monday's meeting, meaning the development will not move forward. The 9-3 vote took place just after 1 a.m. Tuesday.

Democrats Have Been Souring On Biden Since Last Summer

In a moment of deep political gloom, having faith in any politician might feel like a dangerous game. But starting with President Biden's victory in the 2020 election and continuing into his first months in office, polls showed that Democrats were starting to feel more hopeful.

Team Trump has been cooking up its own social network ever since the then-president was thrown off all major platforms for his posts inciting the Capitol riot. Yet, even though what they came up with appeared to just rip off Twitter, it seems a year wasn't enough time to make a useable product.

Neil Cavuto, an immunocompromised Fox anchor who has dissented from the loudest voices at the right-wing network and spoken out in favor of Covid-19 vaccines, revealed on Monday that he had been hospitalized for weeks with a serious case of coronavirus and nearly died.

Nancy Pelosi likely did not expect to set off such a firestorm with her use of three words: free market economy. When the House speaker was asked in December whether she supports proposals to ban members and their spouses from trading individual stocks, she said no. "We're a free market economy," Pelosi said.


It's Nice To Have Supportive Friends

KANSAS CITY, Mo. - It wouldn't be the NFL offseason without Kansas City Chiefs wide receiver Tyreek Hill being at the center of the "fastest man in the league" conversation and his challenger this time is Seattle Seahawks wide receiver DK Metcalf.

The man inside said he got the idea off TikTok and thought it would be fun to help his neighbors out while also giving them a laugh.

Freezing Drizzle To Start The Morning

Blinded by the Light ~ Manfred Mann's Earth Band is the song of the day and this is the OPEN THREAD for right now.