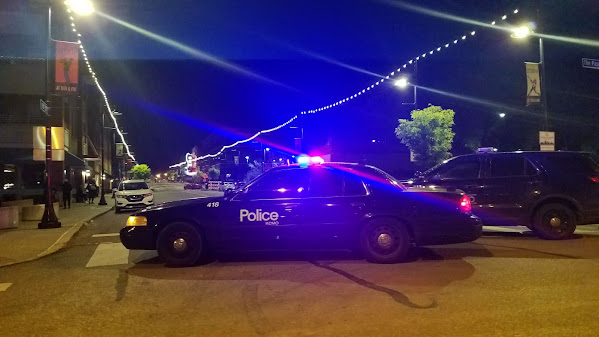 Nobody can explain why KCMO keeps dumping HUNDREDS MILLIONS into this embattled entertainment district at the expense of the greater urban core and other parts of the East side which also deserve investment.

In the latest salvo over developer schemes . . . Council dude Brandon Ellington was the lone holdout but his questions about the racial makeup of developers and sketchy handshake deals don't really go over well with the public . . . Even if his concerns were echoed during initial horse trading deliberations.

Meanwhile, the hype for this project has been overwhelming and the mayor along with council allies seem more than happy to throw away MILLIONS MORE worth of taxpayers cash.

The Council voted 11-1 to approve the $23 million proposal submitted by a group that includes Black business leaders Leonard Graham of Taliaferro & Browne and Kelvin Simmons, a former Councilman, along with St. Louis-based McCormack Baron Salazar.

Their concept calls for preserving historic facades on the west side of Vine Street between 18th and 19th streets, and building 33,000 square-feet of first floor retail behind the old facades below two levels of residential space totaling 54 market-rate apartments.

Editor's note: The following story was originally published by CityScene KC, an online news source focused on Greater Downtown Kansas City. Click here to read the original story or here to sign up for the weekly CityScene KC email review.