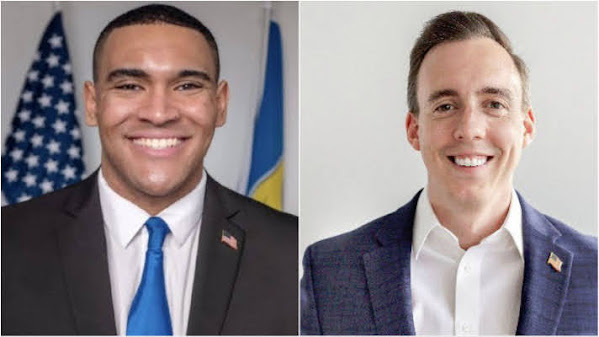 We pause to consider the state of the discourse in Kansas City and the political dichotomy betwixt progressives & conservatives amid the news cycle.

The discussion was quick but still deserves a peek . . .

First up, the Jackson County candidate calls out police action in 2020 . . . 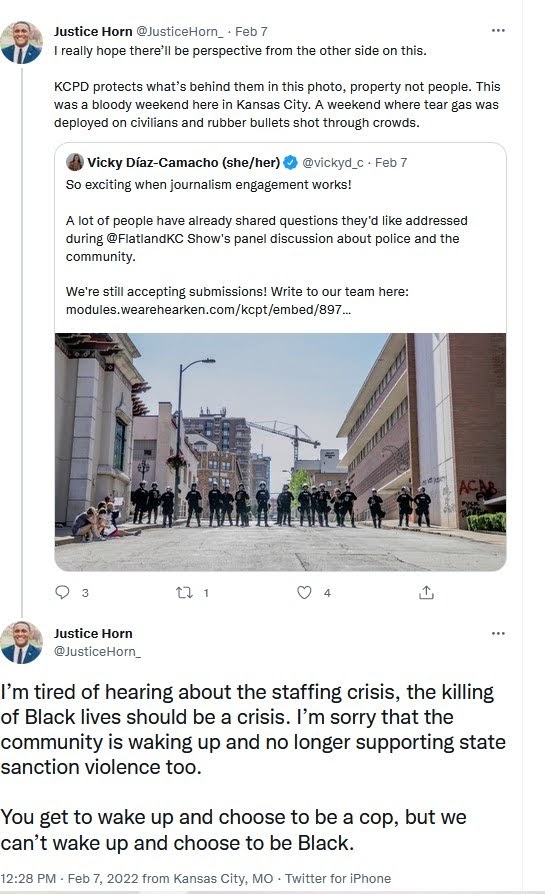 And then . . . Conservative Pete Mundo shares his perspective and also a bit of an olive branch: 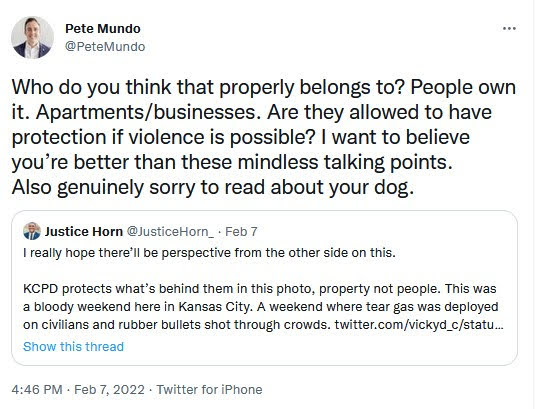 The conversation didn't last long but here's the postscript from a tweet that we can't find . . . 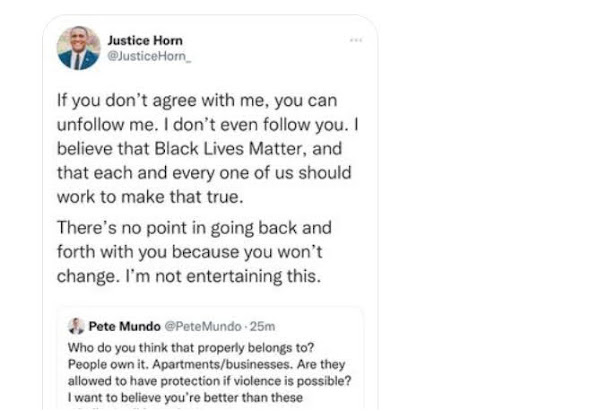 IS CONCERN FOR BLACK LIVES & HOPE FOR PEACE ON THE PLAZA ANTITHETICAL?!? SADLY, THE LONG GONE NIKE STORE SEEMED TO THINK SO!!!

The debate continues as our humble blog community might be the only place left in this cowtown which attempts to see both sides of this this argument whilst waiting for Chinese junk to arrive via the Internets.