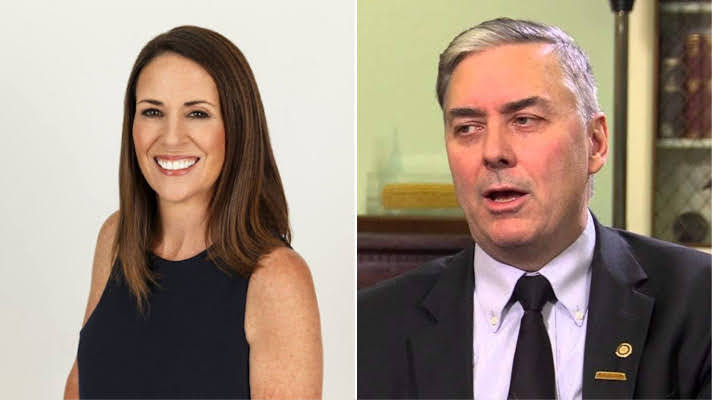 Smarter denizens of our blog community predicted an upset and it seems that frustration with the current somewhat progressive administration has taken hold.

Here are the basics of last night's primary . . ..

"Unofficial results from the Jackson County Election Board show Missouri Rep. Rory Rowland, a Democrat, won the most votes with 2,562 ballots cast his way. Weir, also a Democrat, received 1,948 votes . . ."

Actually, this pathetic part of the election process proves that quite a few people were interested . . .

"The Jackson County Board of Elections said there was 13.5% voter turnout."

CAN THE INCUMBENT MAYOR MAKE UP THE DIFFERENCE?!?! AND IS THIS ANOTHER VOTER WARNING TO PROGRESSIVE POLITICOS?!?

Rowland isn't exactly a right-winger but he plays to the middle more than Mayor Weir who has championed LGBT rights throughout her administration despite push back from some of the religious reactionaries in her community.

Independence Mayor Eileen Weir will get a chance at a third term in office, after edging out a conservative challenger by just over 100 votes. In what ended up being a tight primary race among half of the six candidates running for mayor, Weir and Missouri Democratic Rep.