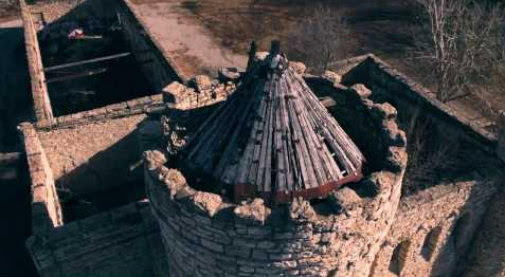 A long shot proposal to upgrade a historic East side eyesore is earning its requisite tour among lesser local newsies.

The plan is pure fantasy and merely represents the work of desperate developers to test the IQ of our elected leaders . . . And that should make anybody who cares about the KCMO budget nervous.

Here's the pitch cribbed from a proposal that might even garner some taxpayer cash and then inevitably fold . . .

“The castle is one of the top tourist attractions in Kansas City […] What we’re doing is we’re preserving the old, but we’re making sure we’re introducing the new,” — Robert Farmer, with UrbanAmerica, said.

A 60-room boutique hotel will be attached to the south side of the castle. Developers expect this addition could serve as onsite lodging as well as hosting weddings + corporate events itself.

On the hill to the east of the castle, UrbanAmerica looks to build ~60 net-zero houses — equipped with energy efficient systems + solar panels. The community would be called The Views — and check out that view.

What does it take to rebuild a castle? Just under $20 million. Developers have unveiled renderings and an outline for the Kansas City Workhouse Castle - an abandoned historic building at 21st Street + Vine Street. The Workhouse sits behind...