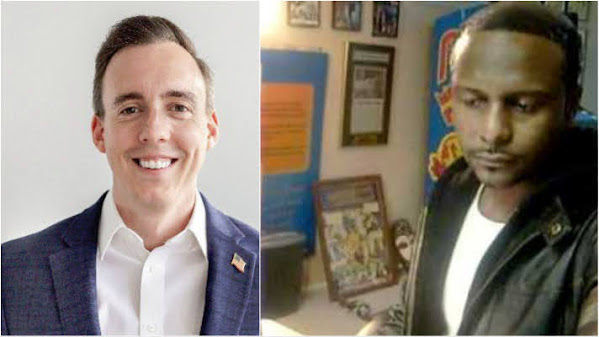 For Friday night denizens of the discourse we offer this quick view of a controversy within the local media game . . .

Alonzo Washington claims that talker Pete Mundo turned the mic down on him during their discussion.

Even better, here's a glimpse of the BEHIND THE SCENES CONVERSATION that Mr. Washington shared . . .

First up, the concern from the KC crime fighter . . . 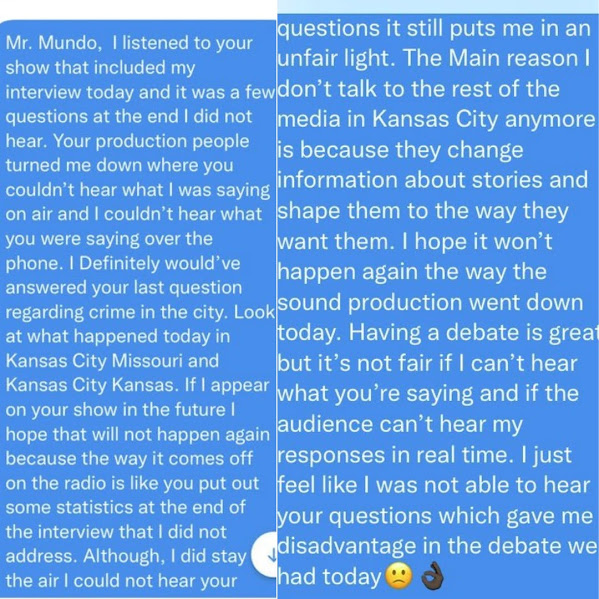 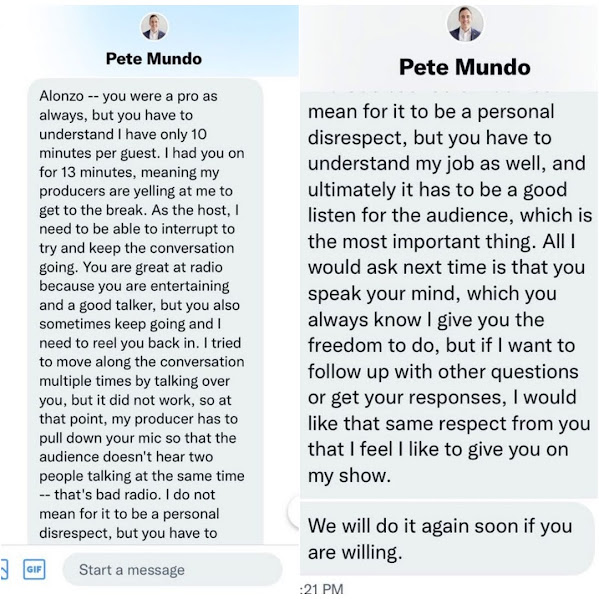 Mr. Washington tells his TENS OF THOUSANDS OF FOLLOWERS that he's not dealing with the MSM any more . . .

The whole episode is unfortunate because, despite the promise of the Internets, there are fewer and fewer spaces wherein people from different backgrounds can gather and discuss serious issues on a level playing field.