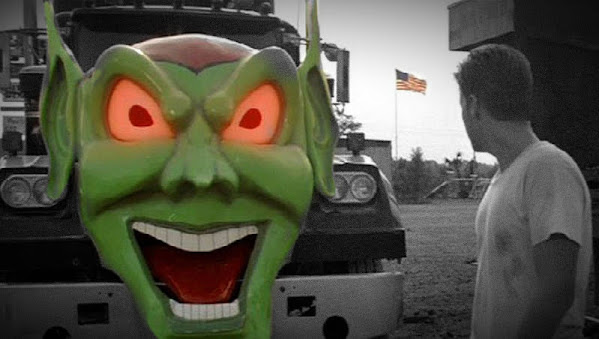 Angry truckers passing through town might excite meth addicts and old school hash house hottie waitresses but it doesn't really do much for anybody with a life.

It's unclear if conservatives really want to hand over the discourse to a demographic of very hard working people who are mostly known as subject matter for country songs, using various forms of amphetamines to stay awake along with participation in sex trafficking among the ranks of some sketchy truckers who probably don't care about politics one way or another . . .

TURNING THE MIDTERMS INTO ANOTHER SMOKEY & THE BANDIT SEQUEL SOUNDS HILARIOUS!!!

"According to the Facebook group Kansas Truckers for Freedom Convoy, the truckers will leave a truck stop on March 3 in Aurora, Colorado before taking Interstate 70 across Kansas, stopping for the night in Salina around 8:30 p.m., and then heading into Missouri through Kansas City. "

'Freedom Convoy' to move across Kansas, Missouri, stop in KC and Oak Grove

KANSAS CITY, Mo. - The "Freedom Convoy" that took Canada by storm will soon be driving across Kansas and Missouri as well as making stops in Topeka, Kansas City and Oak Grove.

In the wake of racial justice protests following the murder of George Floyd, a wave of Republican lawmakers supported legislation to punish protesters who blocked roads. Now some of those same Republicans are supporting similar tactics from conservative trucker convoys protesting against vaccine mandates.