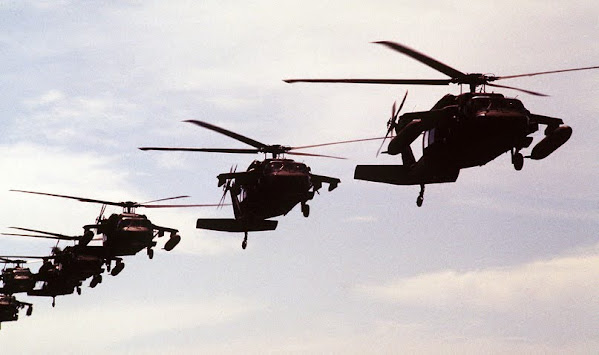 We're living in a brave new world wherein white people are concerned about the flight patterns of local police helicopters.

The explanation isn't as fun as "black helicopters" fantasies from people who smoke way too much weed.

However, here's the obvious answer . . .

Officer Donna Drake with the Kansas City, Missouri Police Department confirmed with the Shawnee Mission Post via email that KCPD helicopters have been in use over the Johnson County area.

Drake said the department has a mutual aid agreement with other agencies that allows them to use their helicopters over Johnson County.

She said that KCPD does not have “additional details about their investigation” involving these recent helicopter flights, and she did not indicate which agencies needed the helicopters’ assistance.

Why have so many Kansas City Police helicopters been flying over Johnson County?

Since last Friday, social media and local neighborhood apps have been abuzz with talk of police helicopters circling over Johnson County. Reports of the helicopter activity began Friday evening, Feb. 4, over Roeland Park, near 50th Terrace and Roe Avenue, before moving further south into Merriam, Overland Park and Shawnee.