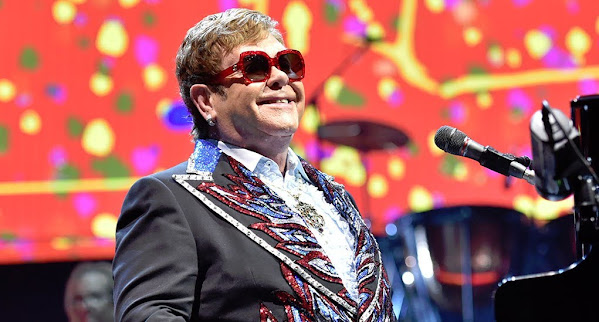 To be fair, even the mistakes of this best selling musician are unique . . .

Most artists wrongly assume that KCMO is in Kansas and quickly move on . . .

Let's not call this a snub given that most fans will agree the guy has more important things on his mind:

It’s unclear if Elton himself or someone on his team hit “Send” on the erroneous tweet. Arkansas City, Kansas, is located about 226 miles southwest of Kansas City, Missouri.

The T-Mobile Center’s management fired off a reply to the “Rocketman” singer, ignoring the mention of the wrong city.

Elton John thanked the wrong city after a performance in Kansas City, Missouri, earlier this week. Early Wednesday morning, a tweet from the music icon's account featured a series of photos from John's performance at Kansas City's T-Mobile Center along with a sweet message for the attendees.