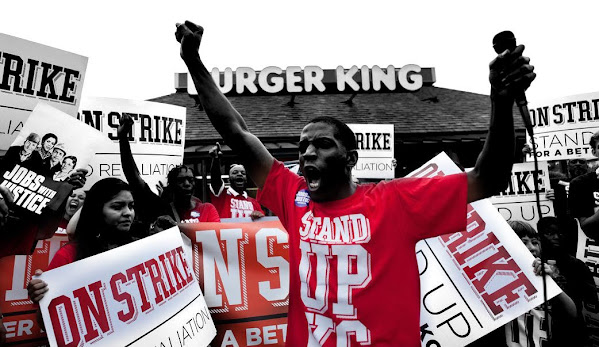 A recent report by public TV is downright depressing.

The story could've been an uplifting tale of a mom struggling to feed her kids but still making time to fight for a better world and union rights against big corporations.

Instead, it's a hopeless screed that doesn't offer much hope or any hint that all of this lady's hard work might meet with good fortune or greater opportunities.

This equity profile of Kansas City from the Mid-America Regional Council (MARC) also found that local income inequality is lower than the United States as a whole, but it’s still increasing.

Nationwide things are getting worse instead of better, and longtime MARC researcher and economist Frank Lenk has an idea why.

“There are disparities in opportunity, and they arise from the way that areas here have … the largest concentration of poor people in the same areas where minorities live, and that tends to suppress those areas,” Lenk said.

The indicators of wealth inequality come down to a few primary factors: education, income and homeownership. These three things are intertwined and tend to create an almost inescapable cycle of upward or downward economical movement.

Feeling the Effects of a Widening Wealth Gap

Fran Marion lights up when she talks about her kids. "She's artistic," Marion said about her daughter. "She has gifts in photography." Marion's daughter watched her work tirelessly to keep the family fed and housed for years. After high school, she made the choice to skip college and go right to work to avoid putting her mother further into a financial hole.