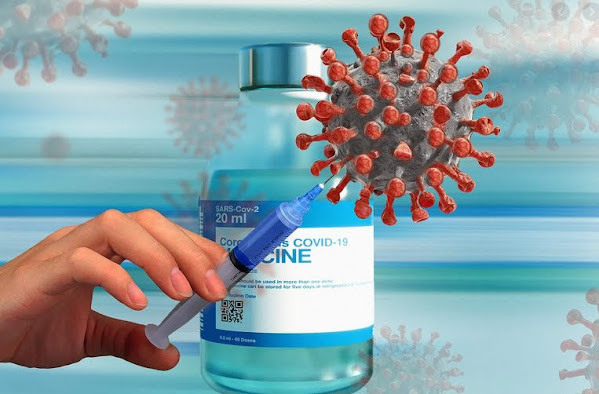 Death after vaxxing isn't unheard of . . . A quick Google search revealed a tragic story of a healthy 19 year old ALLEGEDLY dying after the flu shot not so long ago.

And all of this leads us to the story of a lady in the Sunflower State who tragically passed after getting the vaxx which was fast tracked by Prez Trump and has largely been proven to be the only real progress against the pandemic . . .

68-year-old Jeanie M. Evans of Effingham, Kansas, received her vaccine in Jefferson County in March 2021. After receiving the shot, she began to experience anaphylaxis, according to KSHB 41's previous reporting.

"The decedent was a 68 year old female with a medical history of hypertension, environmental allergies, "allergic disorder", and reactive airway disease (not asthma), with previous anaphylactic reaction to albuterol," the autopsy report said.

It then described that, on March 23, 2021, about 15 minutes after receiving her first dose of the vaccine, she began to complain that her airway was becoming blocked.

"EMS was called and arrived on scene where she was noted to have severe respiratory distress with labored breathing and stridor and poor oxygen saturation," the report said.

KANSAS CITY, Mo. - Following an investigation by the Kansas Department of Health and Environment into the death of a Kansas woman last year, an autopsy confirms her cause of death was an allergic reaction to the Moderna COVID-19 vaccine. 68-year-old Jeanie M. Evans of Effingham, Kansas, received her vaccine in Jefferson County in March 2021.