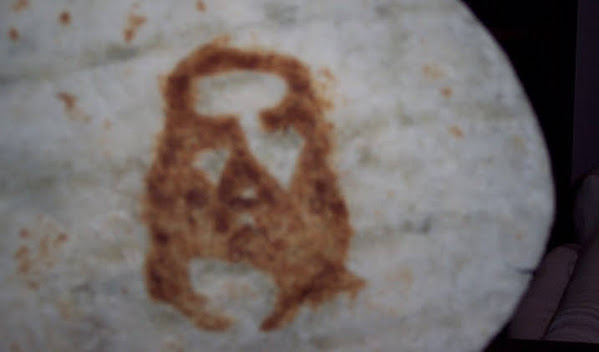 Yes, that might be Jesus in a tasty tortilla and that brings us to a bigger point . . .

Kansas City has always had trouble with news about Latinos that doesn't involve making tasty food or getting deservedly booted across the border.

It's likely that both of these items merit some attention and it's always interesting to find new places to eat . . .

Democratic-controlled cities are having a hard time coping with growing Latino communities that vote surprisingly vote more conservative than most.

Progressives have had a hard time explaining the appeal of Prez Trump to not only Hispanics but also white women.

We hope to get into this more in the very near future, but for now, we share just a bit of local foodie good news . . .

"It's believed to be the first time a tortilleria has been recognized for a James Beard Award. Yoli Tortilleria is one of two Kansas City-area restaurants named as semifinalists this year."

It took messages from friends, a bit of confusion, then a Google search for Marissa and Mark Gencarelli to finally realize that their Yoli Tortilleria was named a semifinalist for a James Beard Award.