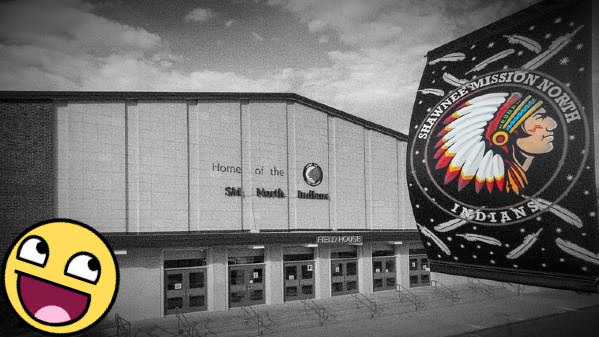 Here's an update on the fight over signage . . .

After attending the school for a concert in December, she noticed Native American imagery remaining in the gym, and images on school walls. She said while she notices larger changes, like new uniforms, are being made, the smaller things also count—and after a year of waiting, she’s wondering what’s taking so long.

“It felt a little embarrassing to just stand in a place where it’s all over, those images are everywhere,” she said.

OVERLAND PARK, Kan. - A seventh grader in the Shawnee Mission School District is aiming for change in her future high school, a year after leaders approved to remove the Native American mascots of their schools. Hocker Grove Middle School seventh grader Halley Vincent is no stranger to advocacy.