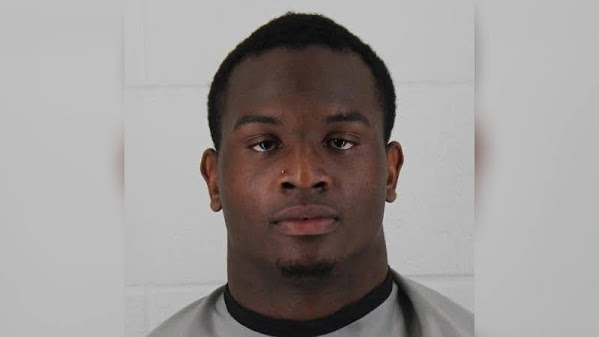 Culture war impacts the NFL playoffs and, once again, threatens to distract the Kansas City Chiefs.

MANY PROGRESSIVES DEMAND THAT COACH REID BENCH WILLIE GAY AFTER HIS DOMESTIC VIOLENCE CHARGE!!! OF COURSE HE'S PLAYING OVER THE OUTCRY OF ACTIVISTS!!!

Football fans should realize that over the years NFL teams have confronted constant challenges over the legacy of domestic violence which now threatens our home town team.

In Kansas City, the memory Jovan Belcher killing his girlfriend and them himself still haunts this town.

Even worse, many pundits are willing to use this tragedy for their rhetorical advantage.

In demanding a suspension before a conviction, one local hack at a formerly popular newspaper blog notes . . .

"Without intervention, the cycle of violence can worsen over time. The incident cannot be downplayed, as Gay’s representatives have tried to do. Remember Belcher? He was a 25-year-old linebacker with the Chiefs in 2012 when he shot and killed Kasandra Perkins, the mother of his infant child. Belcher turned the gun on himself a short time later in a parking lot at the team’s training facility next to Arrowhead Stadium. An argument between Belcher and Perkins preceded the murder-suicide.

Gay entered a not guilty plea to misdemeanor criminal property damage before Johnson County Judge James Phelan on Thursday. He is prohibited from contacting his ex or their child, according to court records."

TKC believes that EVERYONE is innocent until proven guilty.

Punishing someone before a conviction is anti-American and dangerous inasmuch as this tactic sets a reprehensible precedent that a person is assumed guilty and must prove their innocence.

Also . . . Arguing that a baller should miss the playoffs for beating up a vacuum cleaner is just a bit precious, even for social media.

To be fair, there an additional charge has emerged claiming that he pushed the victim and that SHOULD, in fact, be taken seriously.

Activists deserve credit for upholding their principles and this brings about the awful question:

HAVE PROGRESSIVES RUINED THE PLAYOFFS FOR THE KANSAS CITY CHIEFS BY CONVICTING WILLIE GAY WITHOUT A TRIAL?!?

At the very least, they've made Kansas City a little bit less fun for themselves.

OLATHE, Kan. - Court documents filed Friday in Johnson County detail what Kansas City Chiefs linebacker Willie Gay's ex-girlfriend says happened before his arrest. On Friday, Gay's ex-girlfriend, who is the mother of his son, was granted a temporary protection order. FOX4 is not naming the woman at this time.

Kansas City Chiefs head coach Andy Reid confirmed that linebacker Willie Gay Jr. will play against the Buffalo Bills on Sunday night, a point that had been in question due to his Wednesday arrest. Gay spend Wednesday night into Thursday in the Johnson County Detention Center after he was arrested in relation to what has been described as a "misdemeanor criminal damage" case.

OVERLAND PARK, KS (KCTV) -- Police dispatch audio from Wednesday night's arrest of Chiefs linebacker Willie Gay sheds some light on officers' approach as they initially worked the incident at The Highlands Apartments in Overland Park. The first call came in to Overland Park police as a refusal to leave.