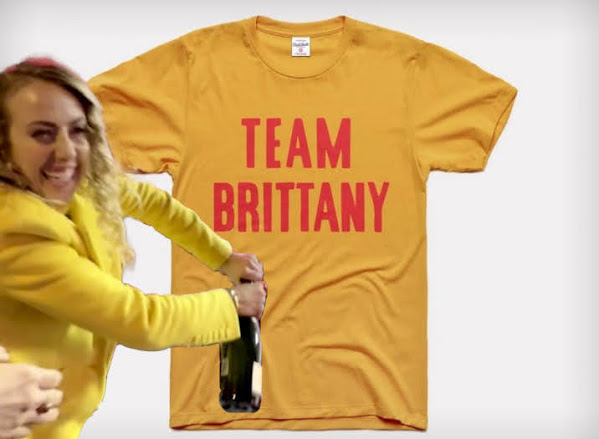 Entertainment for the cowtown plebs reaches a new low today . . .

In a tacit admission that most Kansas City Chiefs hype is just another rigged scam playing on the emotions of poor people . . . T-shirt hope to boost audience engagement in the not-so-fascinating saga of baby mama Brittany Matthews.

Our "job" (lulz) here at TKC is to unpack the story and debunk the hype.

"Now Charlie Hustle is partnering with Matthews and Red Card KC, an organization founded in Kansas City between Sporting Kansas City and Children’s Mercy in an effort to call out bullying.

“Here in Kansas City, we lift others up rather than putting them down,” Charlie Hustle wrote on Facebook."

By capitalizing on "haters" Brittany Matthews is merely admitting that her feigned outrage is merely part of her online branding and inadvertently admitting that she's in the biz of manipulating the plebs -- To be fair, that's the American way.

Again, as we noted this morning, all of this is nothing more than the SOCIAL MEDIA INDUSTRIAL COMPLEX in action and locals using the same tricks that have brought social media star Logan Paul riches beyond the comprehension of most people despite his obvious lack of talent for anything but marketing.

KANSAS CITY, Mo. - Charlie Hustle is Team Brittany. The popular Kansas City-based retailer is calling on everyone to leave Brittany Matthews, fiancée of Kansas City Chiefs quarterback Patrick Mahomes, alone. Matthews, co-owner of the Kansas City Current, has come under fire on social media after she was seen spraying champagne to celebrate the Chiefs' massive overtime win against the Buffalo Bills.

Play video content @brittanylynne / Instagram Patrick's Mahomes ' fiancée is parlaying all the hate from her champagne celebration and putting it to good use -- by creating "Team Brittany" shirts for an anti-bullying charity. Remember, Brittany Matthews was ripped on social media for spraying bubbly on fans at Arrowhead Stadium after the Chiefs' overtime thriller victory over the Bills last weekend.