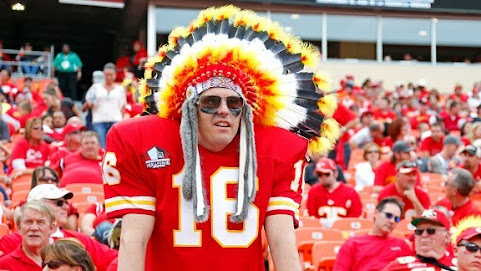 First a #TBT explanation of strategy for the uninitiated . . .

The rope-a-dope is a boxing fighting technique most famously associated with Muhammad Ali in his October 1974 Rumble in the Jungle match against world heavyweight champion George Foreman in Kinshasa, Zaire.

In many competitive situations, "rope-a-dope" is used to describe strategies in which one contender draws non-injuring offensive punches to let the opponent tire themselves out. This gives the former the opportunity to then execute devastating offensive maneuvers to help them win.

And so the ploy from the veteran Steelers QB is kind of obvious . . .

“We’re probably 20 point underdogs and we’re going to the #1 team, I know they’re not the #1 seed but they’ve won the AFC the last two years, arguably the best team in football … we don’t have a chance,” Roethlisberger said Wednesday. “So let’s just go in and have fun.”

The Chiefs are nearly a 13-point favorite for Sunday’s opening round at Arrowhead Stadium in Kansas City.

It's a winning strategy either way.

Moreover . . . Betting against cowtown hubris might payoff well or at least make the game more exciting than jumping on the local bandwagon.

Ben Roethlisberger: 'We don't have a chance' against Chiefs

Steelers quarterback Ben Roethlisberger is just oozing with optimism ahead of this Sunday's wild-card game against the Chiefs. "We're probably 20 point underdogs and we're going to the #1 team, I know they're not the #1 seed but they've won the AFC the last two years, arguably the best team in football ...