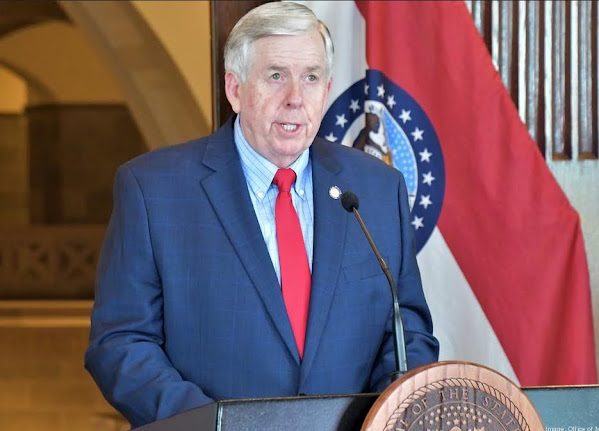 Amid the so-called "great resignation" nobody wants to work state jobs anymore . . .

In Dec. the guv announced an effort to raise wages in order to lure more workers.

This week he's making the push for realz amid serious staffing shortages in state services for children and seniors . . .

On Wednesday, Gov. Mike Parson is expected to again urge members of the Legislature to approve a 5.5% raise for all workers, as well as set a base minimum of $15 per hour for hourly workers.

Along with seeing fewer applicants for jobs serving troubled youth and children, turnover among workers in the department remains a stubborn problem. Currently there are 5,744 workers at the agency, which is down 397 employees from January 2021. Within the children's division, turnover hit 31% last year and is estimated to rise to 37% this year.