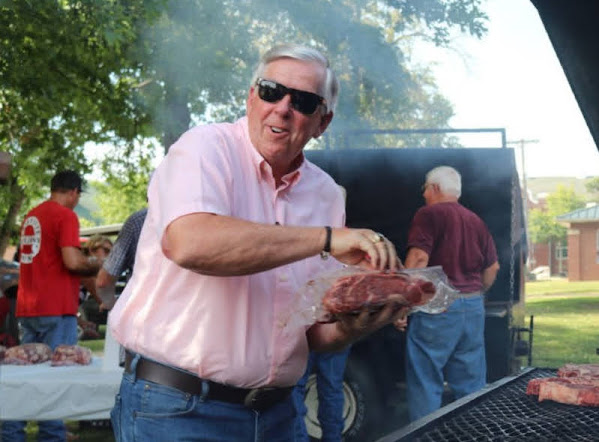 The Missouri Guv has earned a great deal of rebuke from his political opposition on both sides of the aisle . . . But mostly from our progressive friends following DNC talking points about COVID.

Meanwhile, there's not a lot to argue about in his latest budget, but it's important to note nonetheless:

Governor Parson: THANK YOU. THANK YOU VERY MUCH. THANK YOU, LIEUTENANT GOVERNOR, MR. SPEAKER, STATEWIDE OFFICIALS, JUDGES OF THE MISSOURI SUPREME COURT, AND STATE LEGISLATS.OR ITS I AN HONOR TO STAND BEFORE YOU TODAY AS THE 57th GOVERNOR OF THE GREAT STATE OMIF SSRIOU ONCE AGAIN, WE ARE AT AN EXCITING TIME FOR MISSOURI AND OUR FUTURE.

KANSAS CITY, Mo. - Missouri Gov. Mike Parson outlined his plans for a spending spree amid an "historic budget surplus and federal dollars coming to our state" Wednesday during his annual State of the State address in Jefferson City. Parson announced billions in spending for a variety of programs primarily focused on workforce and economic development along with infrastructure.

JEFFERSON CITY - Missouri Gov. Mike Parson delivered his annual State of the State address Wednesday, outlining a wide range of desired investments funded by both state and federal stimulus dollars that would raise teacher and state worker salaries, repair and renovate infrastructure projects and expand grant programs for education and the workforce.