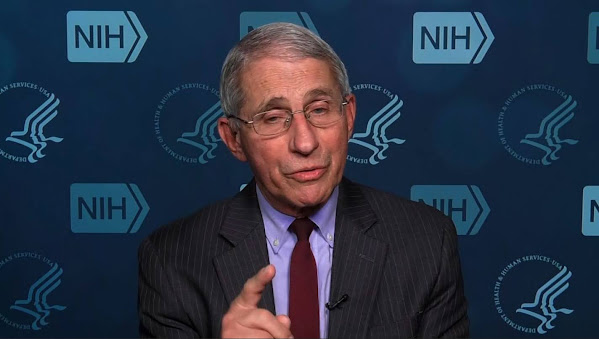 Amid this dark winter, Kansas political chatter gets a bit more pointed.

Here's a bold argument amid a push for elected officials to have (even more of) a say in medical treatment . . .

Senate Bill 381 was brought by state Senator Mark Steffen, a Republican from Hutchinson, Kansas. He is also a doctor. He said during his testimony that he is currently under investigation by the Kansas Board of Healing Arts and has been for the last year and a half.

"Yesterday was interesting. We definitely got out of the gates but didn't get anything accomplished. What it did give was give the media a 24 hour head start on us," Steffen said, giving a packet to fellow lawmakers . . .

"There's vetted anonymous testimonies of doctors who've been intimidated, fired and professionally belittled in prescribing these medications in the attempt to help relieve suffering and prevent death," Steffen said.

"A lot of this propaganda and broad sweeping statements are being made by the KU Health System employed doctors," Steffen said.

"And Dr. [Steve] Stites is one of those doctors. He kind of serves at the Kansas Dr. Fauci," Steffen said.

KANSAS CITY, Kan. - On Wednesday, Kansas lawmakers continued their discussion on off-label drug use - specifically, the drugs ivermectin and hydroxychloroquine. Two proposals are at the statehouse. Senate Bill 308 would mandate doctors give those prescriptions simply if a patient asks for them for use in COVID-therapy.