There's a myth that Mayor Q's advocacy along with millions of bucks worth of taxpayer funding has improved the lives of Kansas City homeless population.

THE KANSAS CITY HOMELESS CAMP CRISIS IS WORSE THAN EVER THANKS TO MAYOR Q'S HAPLESS LEADERSHIP!!!

Here's the word and one of the most thoughtful statements we've heard on the topic . . .

"How is this mayor going to run for reelection after the mess he has created?"

A glimpse at one of many homeless camps. This one is near Independence & The Paseo and KCMO ACTUALLY HELPED TO MOVE THE CAMP EXACTLY ONE BLOCK in order to address complaints from a nearby university.

"These camps are growing and they're an absolute danger to the neighborhood. The inhabitants are here despite the resources directed their way and help from several agencies. The camps are a hot spot for drugs, violence and property theft around the neighborhood . . . Yet the mayor calls his policy for these camps a success." 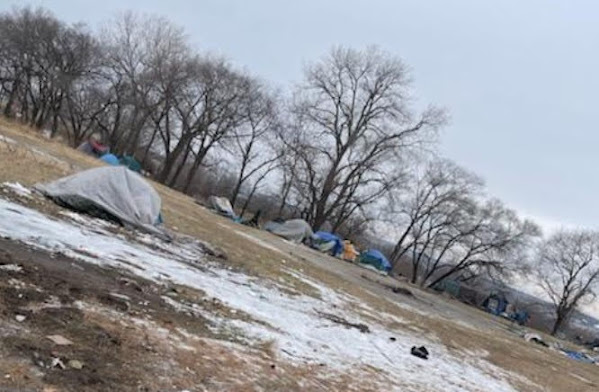 "KC is paying millions for shelters and services but it doesn't matter for people who want to continue to use drugs and alcohol. How do you help people who don't want help? The mayor doesn't have an answer for that but the policies he has applied toward these camps has allowed the situation to get worse."

"The mayor & the city manager think they're helping but, in fact, they've made the homeless camp situation so much worse."