We warned about this morning and now it's news fact . . . Against

In an evening blast, here's the most important passage . . .

"Our state lawyer’s ongoing harassment of Missouri’s schools should be sanctioned by the State Bar."

Here's the quote from earlier today . . . 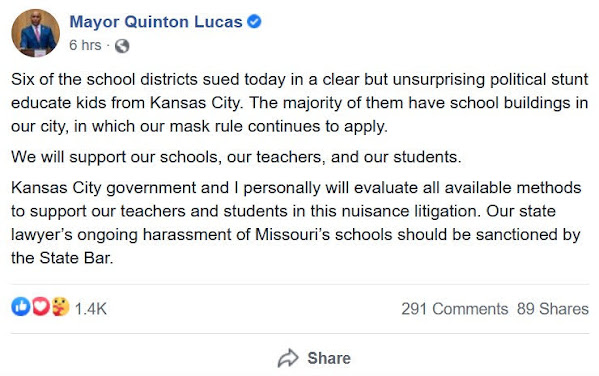 Missouri Attorney General Eric Schmitt has sued 11 Kansas City-area school districts over mask mandates. A Kansas City lawyer, who is representing some of the districts served by Schmitt, said the AG has no authority to stop mask mandates in schools.