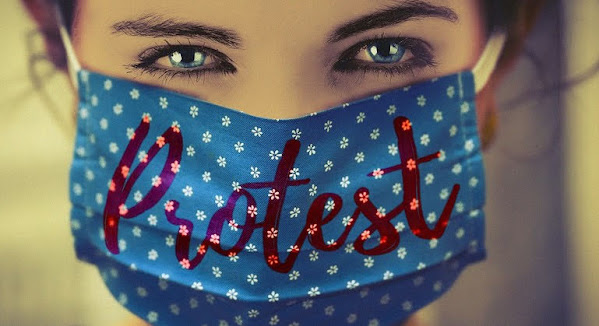 As far as the metro is concerned, I don't think anybody ever got arrested or even cracked over the head for not wearing at mask.

The force analogies about Nazism and oppression because of mask mandates were always a bad joke given that the most any local had to endure was chiding by an underpaid and emotionally devastated box store clerk.

Still, a suburban blog paid for by some guy's dad offers a worthy update . . .

Some Lenexa leaders expressed interest in putting mask orders in place — and, particularly, the value of having measures that cohere across the greater community — as well as measures that could protect vulnerable populations and those who remain ineligible for the shot.

However, the city council ultimately stopped short of enacting any measure over concerns that such an order would oblige the Lenexa Police Department to enforce mask rules, particularly when the department is already understaffed.

In the wake of the recent Omicron-fueled surge in COVID-19 cases, the city of Lenexa has opted not to institute a new mask mandate, at least for now. The Lenexa City Council and city staff on Tuesday had an informal discussion not originally on the meeting's agenda over whether to have a mask mandate in place after four other northern Johnson County cities passed their own last week.