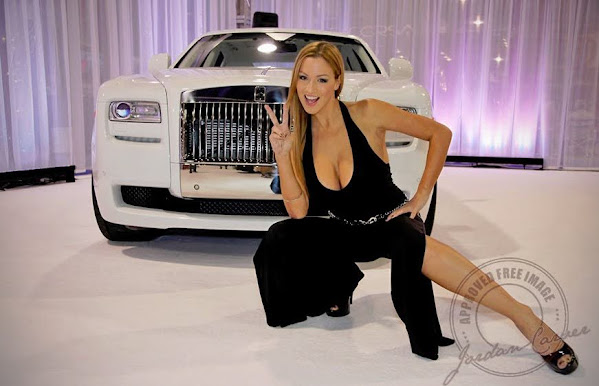 This blast comes a bit late but there are more than a few things we want to share and they don't quite fit in with everything else.

by: Heidi Schmidt Posted: / Updated: KANSAS CITY, Mo. - There will be a few more traffic headaches downtown beginning Wednesday morning. Contractors working on the KC Streetcar extension will begin welding 700 pounds of steel around 10:15 a.m. Workers from Holland Welding will heat the ends of two pieces of rail to about 2,800 degrees.

Apartment building catches fire for the 2nd time in 10 hours

KANSAS CITY, Mo. - Kansas City, Missouri, firefighters respond to an apartment fire for the second time in 10 hours. Fire crews were called to 3818 Walnut Street Monday afternoon just before 4:30 p.m. on an apartment fire. Smoke and fire were visible from the back of the three-story apartment building.

by: Heidi Schmidt Posted: / Updated: KANSAS CITY, Kan. - Unified Government Mayor Tyrone Garner announced the formation of seven new committees to focus on everything from homelessness to arts and culture. Garner said each committee will be made up of Unified Government Commissioners and other community leaders.

KANSAS CITY, Mo. - There's a one-of-a-kind facility in the Kansas City area that's helping houseless individuals with special needs, and it's looking to expand. One its residents, Jeff, said he's living life one day at a time with "an attitude of gratitude".

KANSAS CITY, MO (KCTV) - From Jan. 24 to 28, the Junior League of Kansas City will be taking part in their Little Black Dress Initiative. It's a fundraiser raising awareness of the issue of poverty on women and children. Last year was JLKC's first year taking part in the fundraiser.

If you picture a typical Rolls-Royce owner, you probably imagine someone with white hair and maybe also white golf shoes. These are, after all, huge, cushy cars designed for comfort, just the sort of thing you'd think rich retirees would enjoy.

Tucker Carlson viewers calling me to say US should back Russia, Democrat says

A congressman from New Jersey has disclosed that he is receiving calls from viewers of Tucker Carlson's primetime Fox News show, expressing distress at the Biden administration's backing of Ukraine in the tense military stand-off with Russia.

US evacuated diplomats' families from Ukraine out 'abundance of caution,' acting ambassador says

The acting U.S. ambassador to Ukraine told ABC News Tuesday that an order for diplomats' families at the embassy to leave the country was issued because Russia could attack "any day now" if it chose.

Speaker of the House Nancy Pelosi, D-Calif., announced she will seek reelection in this year's midterms. "While we have made progress much more needs to be done to improve people's lives. This election is crucial: nothing less is at stake than our Democracy," Pelosi said in an announcement on Twitter Tuesday.

The Jan. 6 committee last week won a major victory when the Supreme Court declined to hear Trump's own lawsuit to prevent the committee from obtaining his White House records, effectively delivering the panel hundreds of sensitive pages. Eastman was a key adviser to Trump during the frantic weeks between Trump's defeat and the Jan.


Thankfully, Latest COVID Count Not Quite As Deadly

Omicron isn't making people as sick as other variants, but hospitals are still overwhelmed.

Although the United States is logging more Covid-19 cases and related hospitalizations than ever, it appears patients are not getting as severely ill as earlier in the pandemic, the Centers for Disease Control and Prevention reported Tuesday.

Ozzie, the world's oldest male gorilla and the third-oldest gorilla in the world, died Tuesday at Zoo Atlanta, the facility announced. He was 61.

Michael Avenatti is battling charges of wire fraud and aggravated identity theft after allegedly embezzling $300,000 from ex-client Stormy Daniels The defense, however, claims Daniels fired false accusations at Avenatti after she refused to pay an agreed upon fee for his help with her book deal His attorneys also argue

Adele 'couldn't get through rehearsal,' made 'sobbing' calls to Rich Paul

When Adele announced on Instagram last Thursday that she was postponing her hotly anticipated Las Vegas residency only 24 hours before the first show, the 33-year-old wept as she told fans "my show ain't ready." But the drama behind the scenes was apparently even more intense.

Christoper Elbow has sold Fairway Creamery-here's what happens next

Local chocolatier Christopher Elbow has sold Fairway Creamery, his popular ice cream shop in Johnson County city from which it takes its name.

Inside the Decades-Long Effort to Build a Barbecue Trail

After more than 25 years, Helen's Bar-B-Q has a reputation that extends far beyond Brownsville, Tennessee. Six days a week, Helen Turner rises in the morning dark to tend the oak and hickory logs, which take hours to burn down to embers.

Artifact from 'Big Sonia' to be displayed at exhibition Auschwitz: Not long ago. Not far away.

KANSAS CITY, MO (KCTV) -- Just days before the International Holocaust Remembrance Day, local Auschwitz survivor Sonia Warshawski placed a cherished artifact inside the exhibition Auschwitz: Not long ago. Not far away. Warshawski is affectionately known by many as Big Sonia following a documentary by the same name about her.

More than 30,000 drivers headed toward or away from downtown pass by it every day. There it sits: the empty carcass of a two-story, unfinished, gray concrete house just west of Southwest Trafficway that one neighbor, Jerry Roseburrough, said looks more like a military bunker than a home.

Wednesday will be sunny, highs near freezing

Hide Transcript Show Transcript LOWER 20'S JUST ADDS THAT EXTRA BITTERNESS TO THE AIR. EVENGIN FORECAST WILL GRADUALLY SEE THOSE CLOUDS SRTTA TO THIN OUT, ESPECIALLY LATER ON THIS EVENING. LOW 20'S FOR THEEX NT COUPLE OF HOURS. UP HER TEENS 8:00 TO 10:00 AT 17 DEGREES.

Maluma - Cositas de la USA is the song of the day for about two hours and this is the OPEN THREAD for late night lurkers.