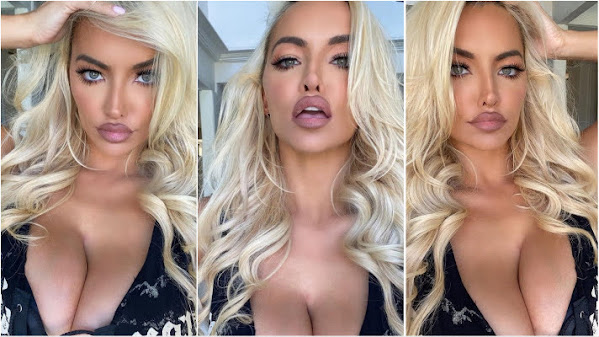 Right now we take a peek at hottie Lindsey and draw a bit of inspiration to pull headlines from pop culture, community news and top news.

KANSAS CITY, Mo. - After Joe's Pizza Buy the Slice closed in October, it was announced that Guy's Deli & Pizza would be setting up shop in its former location. Guy's will officially open their doors on Monday, Jan. 10 behind Kelly's Westport Inn on Westport Road.

KANSAS CITY, Mo. - Independence Center reopened Tuesday around noon, a day after the shopping center was forced to close early due to a water main break. The mall posted the news on social media and said that the southwest main mall entrance will remain closed.


COVID According To Locals

We asked four doctors from our annual top doctors list what they learned over the last two years-about medicine, about life, about our society. Here's what they had to say.


Freeze Out In The Dotte

KANSAS CITY, KS (KCTV) -- With single-digit temperatures moving through the metro this month, tenants at Bethany Park Towers in Kansas City, Kansas, have had to endure cold temperatures inside their units after being left without heat over New Year's. Several tenants told KCTV5 the temperature in their units barely hits 60 degrees during the day and dips at night.

INDEPENDENCE, Mo. - Independence, Missouri leaders passed an ordinance Monday night cracking down on what they call "a major concern" for the city, shopping carts littering the streets and sidewalks. Now business owners will have to submit a an abandoned shopping cart prevention and retrieval plan as part of their yearly permits.

A leading expert who helped create the Oxford-AstraZeneca Covid-19 vaccine said Tuesday that giving everyone in the world booster shots multiple times a year is not feasible.

GOP governors accuse Biden of controlling the supply of COVID treatments. The alternative could be a bidding war.

COVID treatments that work against the new omicron variant are in short supply, and Republican governors are accusing President Joe Biden of preventing their distribution by purchasing them in such bulk amounts that it prevents states from making their own purchases.

The riot, the republic and the fight for America's soul

One year after a pro-Trump mob attacked the Capitol, experts, historians and politicians warn of a democracy still at risk.

Sen. Joe Manchin has not had any talks about reviving President Joe Biden's proposed investments in social programs and climate policy since he torpedoed the Build Back Better Act, Manchin said Tuesday. The West Virginia Democrat said in December that he would oppose the House-passed bill, his party's top priority.

The U.S. reported a record 1,082,549 new COVID-19 cases on Monday, according to data from Johns Hopkins University. It's the latest in a series of staggering milestones brought on by the highly transmissible omicron variant, which is sweeping across the U.S. and around the world. The U.S.

China: Xi'an residents in lockdown barter for food amid shortage

Faced with low supplies under lockdown, some have resorted to trading phones and gadgets for food.

An attorney for Prince Andrew argued at a hearing Tuesday that a lawsuit filed against his client by Virginia Giuffre, who alleges the prince sexually abused her, should be dismissed largely because he believes a settlement agreement Giuffre signed with Jeffrey Epstein releases Andrew from legal action.

Like sixty-four percent of American adults, we drink coffee literally every day. But never with more enthusiasm and joy than on cold winter mornings, when the forecast threatens snow and the sun hangs low until after the workday begins, then slinks out of sight before it's over.

The Kansas City Royals announced via their website that they would be cancelling their 2022 FanFest for the second straight year. The baseball team once again cited the COVID-19 pandemic as the primary reason for the permanent postponement. The omicron variant of COVID-19 has continued to rapidly spread across the Kansas City area.

We're ringing in the new year with a huge celebration! In support of 20 years of music discovery, we'll be playing back every song in The Bridge's music library from A to Z, starting on Monday, Jan. 3...

Letter from the Editor: Going through it, and into a New Year

Rukes outside The Drunken Worm on 39th. // Photo by Jim Nimmo Welcome to 2022. New year, new you, etc. Our January issue is traditionally about change, regrowth, and re-evaluation. You'll find a lot of articles looking into the future in these pages, from Barb Shelly's piece on the political pitfalls Missouri and Kansas could fall into to Liz Cook's...

Tuesday's warm weather is taking care of what was left from snow over the weekend, but there are more flakes on the way, and the timing of this system could cause issues with the morning commute.First Alert Meteorologist Neville Miller said our area is expecting to see snow again Wednesday

Billie Eilish - Billie Bossa Nova is the song of the day and this is the OPEN THREAD for right now.