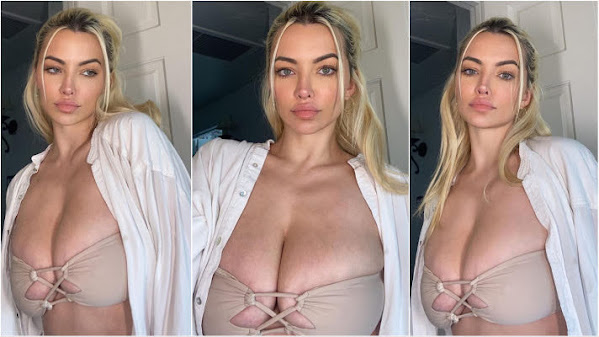 Right now hottie Lindsey inspires more than a bit of contemplation and far more than a handful of news links that consider pop culture, community news and top headlines.

KANSAS CITY, Mo. - After some struggles Monday, testing was back on at Truman Sports Complex Tuesday. On Monday, people were waiting in line for about three hours, but the wait time was significantly shorter Tuesday. "Probably 15 minutes; it hasn't been bad honestly," said Jesus Ladron, who got tested.

KANSAS CITY, Mo. - Metropolitan Community College in Kansas City, Missouri, announced Tuesday that "many" classes will begin the spring semester virtually. Chancellor Kimberly Beatty said in a statement that the plan aims to reduce transmission rates amid the spread of the omicron variant, and that virtual learning will last until Feb.

Staffing in the Grain Valley School District is critically low. The problem is that too many staff are out sick and there aren't enough substitutes.One facility has already closed with the possibility of more closures to come.There is no class for preschoolers at the Grain Valley Early Childhood Center starting Wednesday.

The Justice Department is establishing a new domestic terrorism unit to combat the threat that has more than doubled in the past two years, the head of the agency's National Security Division said Tuesday.

Dr. Anthony Fauci, the top U.S. infectious disease official, on Tuesday accused Republican Senator Rand Paul of spreading misinformation that has sparked threats of violence against him and his family while distracting the public from the fight against the COVID-19 pandemic.

U.S. hospitals are caring for the highest number of patients with Covid-19 reported during the pandemic, according to federal government data, as the Omicron variant worsens pressures on the already strained facilities. The U.S.

IRS to commence tax season early, warns of potential hiccups due to pandemic and funding issues

"The pandemic continues to create challenges," IRS head Chuck Rettig said. Tax season will begin early this year and is already forecast to be an especially "frustrating" one, the Internal Revenue Service has warned, as pandemic-era tax changes and staffing limitations squeeze the nation's tax agency.

The answers may not assuage their fears. Here's what was said, and the takeaways: The question: What is current CDC guidance on quarantine and isolation?

The committee would like to interview Trump speechwriter Ross Worthington. The House select committee investigating the Jan. 6 Capitol attack issued three new subpoenas on Tuesday to former Trump White House aides and associates, including a speechwriter who helped craft former President Donald Trump's speech to supporters ahead of the Capitol riot.

A Neo-Nazi leader convicted in a plot to intimidate Jews and journalists has been sentenced to seven years in prison. The man, Kaleb Cole, 25, the former leader of the Neo-Nazi group Atomwaffen Division, was convicted in September of conspiracy, mailing threatening communications and interfering with a federally protected activity, the Justice Department said in a statement Tuesday.

A photograph of Rep. Alexandria Ocasio-Cortez (D-NY) and her boyfriend that circulated online led the congresswoman to quip about the "sexual frustrations" of her Republican colleagues. So naturally Fox News on Monday turned to Sarah Palin for her insight into the matter.

Jamie Lynn Spears is addressing her rift with sister Britney Spears in an emotional interview with "Good Morning America" on Wednesday. "I love my sister," the 30-year-old says amid tears in a promo clip of the rare sit-down, released Tuesday. ABC News journalist Juju Chang then points outs, "But things have gotten complicated."

The Kansas City Chiefs and local streetwear brand MADE MOBB have joined forces to produce a limited-edition run of apparel that is being released in conjunction with the start of the team's playoff push this weekend.The Chiefs announced that the partnership was made possible through the NFL's local merchandise collaboration initiative.


Local Carbs For Great Cause

Chef Bryan Sparks and partner Hailey Allen find a kitchen for their multi-business endeavor in Waldo.

KANSAS CITY, Mo. - Betty White's passion rests in the animal world and a legacy that will carry on. Her fellow animal advocates are turning her passing into a positive. The friendly voice that spent decades making people laugh has a legacy that carries on, blessing animals in her memory.

2 Chainz - Million Dollars Worth of Game ft. 42 Dugg is the song of the day and this is the OPEN THREAD for right now.