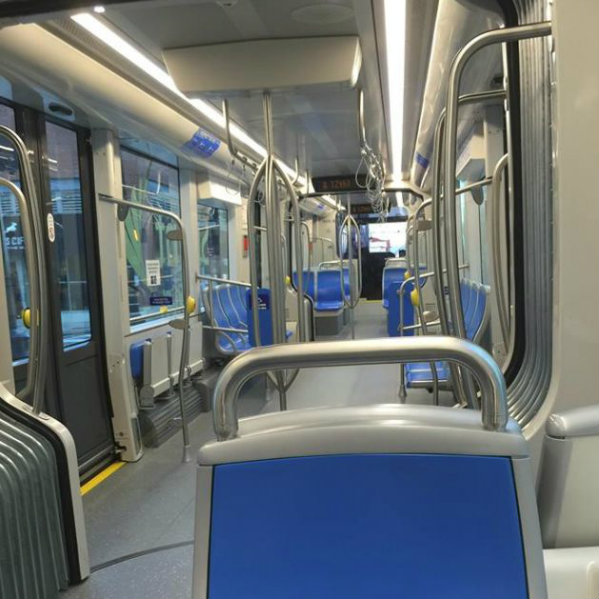 A brief personal insight because this is a blog . . .

After a quick update we walked downtown for a cup of overpriced coffee. The streetcar passed by and there was not a single soul riding the toy train.

Overall downtown was pretty dismal and didn't seem to be bustling despite attractions opening up. And, of course, over a half a BILLION dollars invested over the past 20 years.

The worst part of the pandemic might be over but there aren't very many signs of recovery inside the loop.

Now, we must apologize that we didn't get a photo.

Turns out TKC was far too excited to get back home whilst carrying two cups of coffee and a dozen donuts.

The toy train was too fast for us to fumble with our phone.

Nevertheless, we invite locals to compare notes on any midday and your mileage will likely be similar.

For the record, the photo at the top of this post was from former KC library honcho Crosby Kemper III who noted an empty streetcar during the morning rush hour despite so much hype.

Some of KC's richest folks live in the streetcar zone. Why aren't they paying for it?

As president of the condominium board at The Walnuts - three 1920s brick towers south of the Country Club Plaza where condos can cost $600,000, $700,000, $1 million or more - Bob Graham lives alongside some of Kansas City's most prominent, philanthropic and wealthy people.