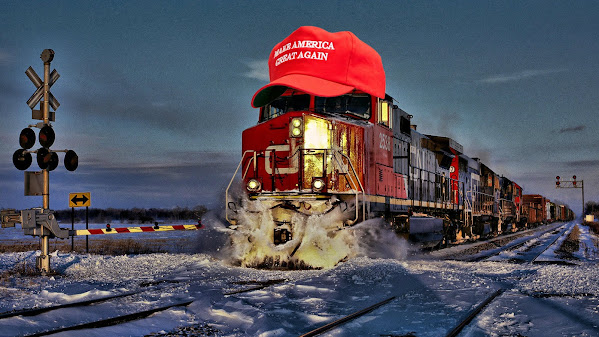 For all of our tech innovation, rail still drives industry across the nation.

Accordingly, the troubled acquisition of an iconic Kansas City company deserves a bit more consideration; especially since it seems to be falling apart.

In this political context, Kansas City Southern and Canadian National’s plans face fierce scrutiny and shareholders worried that the deal would fail to attain regulatory approval. Therefore, in stunning turn in September 2021, Canadian Pacific and Kansas City again announced their intention to merge in a deal now valued at $31 billion, stating “Our path to this historic agreement only reinforces our conviction in this once-in-a-lifetime partnership.” This was still below Canadian National’s offer from Canadian Pacific, but Kansas City Southern’s shareholders were willing to accept the lower price tag in exchange for greater certainty that regulators will approve the union since there are fewer antitrust issues than when paired with Canadian National.

But Canadian National was not willing to sit idly by. In the latest twist to the saga, the jilted suitor has now filed an official notice with the Surface Transportation Board pushing for Kansas City Southern to divest a portion of its line in order to win regulator approval.

The plot thickens in the battle to acquire Kansas City Southern. In what has become the M&A world's equivalent of a love triangle, Canadian National Railway Company and Canadian Pacific Railway Limited battle for the U.S.'s smallest Class I railway line - leading to an extraordinary number of twists as Kansas City races toward a blockbuster deal.