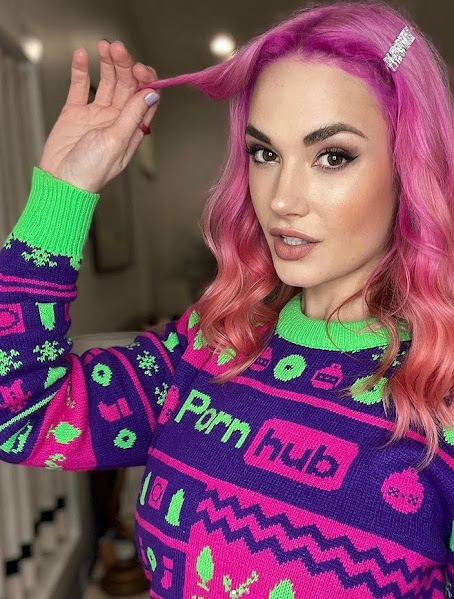 Right now we offer tribute to pr0n hottie Siri as her promo inspires our peek at pop culture, community news and top headlines.

A guide to exploring Kansas City's French influences and history

This story was first published in KCUR's Creative Adventure newsletter. You can sign up to receive stories like this in your inbox every Tuesday. A few hundred years ago, rather than "hello" or "howdy," many folks living in and around the Kansas City area would have greeted each other with a hearty "bonjour."

Kansans have more help to pay their home heating bills

Kansans now have double the amount of help to pay their home heating bills. It's through the Low Income Energy Assistance Program.

KANSAS CITY, Mo. - There's a renewed effort to get legislation passed in Missouri that would crack down on celebratory gunfire. State Rep. Mark Sharp of Kansas City has introduced called "Blair's Law." The legislation is named after Blair Shanahan Lane, who was struck and killed by celebratory gunfire during Fourth of July celebrations in 2011.

Kansas, Missouri getting millions to help repair thousands of bridges in poor condition

by: Laura McMillan Posted: / Updated: WICHITA, Kan. - Over the next five years, Kansas and Missouri will see millions of dollars go toward repairing bridges in poor condition. Kansas is getting $225 million from the U.S. Department of Transportation to repair and upgrade more than 1,000 bridges deemed to be in poor condition.

Kansas City CARES Act funds funneled from Jackson, Platte and Clay counties shows the city spent the most money on payroll, public health expenses and economic support for nonprofits, businesses and other outside entities.

MONTREAL - Adult Time has introduced the pilot episode for a new anal-focused series, "Peach Cake," conceived by co-producers Michael Vegas and Siouxsie Q with director Bree Mills. The series "celebrates confidence and curiosity while pairing hot models together in unscripted encounters so fans can worship their very best assets," a rep explained.

Biden's bad week and the unreality of great expectations

subscribe to The NPR Politics Podcast podcast The bad news keeps on coming for President Biden. He ended 2021 at a low point in his presidency, hoping to turn it around in the new year. But things have only gotten worse. His spending and voting rights plans are at congressional dead ends.

The Portland Police Bureau is conducting an internal investigation into a training presentation for dealing with mass protests that included a meme describing violence against protesters that begins, "And the Lord said... Woe be unto you, dirty hippy."

Former will address the one-year anniversary of the Jan. 6 attack on the Capitol at a campaign rally in Arizona on Saturday, setting the tone for his wing of the GOP going into the midterm cycle. The issues of election security and the 2022 election results will likely take center stage as his Democratic foes dig into the issue of voting rights.

North Korea is testing hypersonic weapons. Should the West be worried?

The U.S., Russia and China all have them. And now, North Korea claims to as well: hypersonic weapons. These aerial vehicles go a step further than the kind of ballistic missiles that Pyongyang has periodically tested over the years. They can fly fast and maneuver in ways that make them extremely difficult to detect and destroy.

Pete and Kim — who were first romantically linked in October — ditched the typical celeb hot spots that LA has to offer, and opted for a chill dinner at a budget-friendly pizza chain.

It was short, simple and yet so damn complicated. I got a text on Dec. 7. "I can't talk right now, but the pathology report came back today and revealed I have a malignant tumor in my fallopian tube; going in for more surgery next week then chemo ... f--- me..."

The Sweet Magnolias actress, 30, posted an Instagram Story Friday that reads, "Nobody trashes your name more than someone who's afraid you'll tell people the truth." "Jamie Lynn... congrats babe! You've stooped to a whole new level of LOW... I've never been around you ever with a knife or would I ever even think to do such!!!"

Missouri rejected these naughty requests for license plates in 2021

JNearly 400 requests failed to make the cut, due to state requirements that such personalized plates not include “obscene, profane, patently offensive or contemptuous of a racial or ethnic group, offensive to good taste or decency, or would present an unreasonable danger to the health or safety of the applicant, or other users of streets and highways, or of the public in any location where the vehicle with such a license plate may be found.”

Borger, who is well-known to Kansas City pizza geeks as the founder of Il Lazzarone did get around to planning that New York-style joint, which should open at 1111 Burlington in North Kansas City at the end of next week.

It's basically a Kansas City requirement to snap at least one photo of yourself posing in front of the shuttlecocks on the lawn of The Nelson-Atkins Museum of Art, right? The museum is a staple to what it means to be a Kansas Citian-but do you ever wonder how the museum shaped the Kansas City...

How much snow? Much of the metro saw at least three inches fall

TOMORROW FOR KANSAS CITY BUT TODAY THE FOCUS IS ON THE SNOW AS IT CONTINUES TO FALL ACROSS THE METRO. KATIE: YES, IT IS REAYLL REDUCING THE VISIBILITY IN SOME AREAS. THE WIND BLOWING IT SIDEWAYS. IT'S REALLY A RAW WINTERY MORNING RITGH NOW, AND THE ROADS HAVE BEEN PRETTY NASTY AS WELL.

Alok - Sky High (feat. Nonô) is the song of the day and this is the OPEN THREAD for right now.