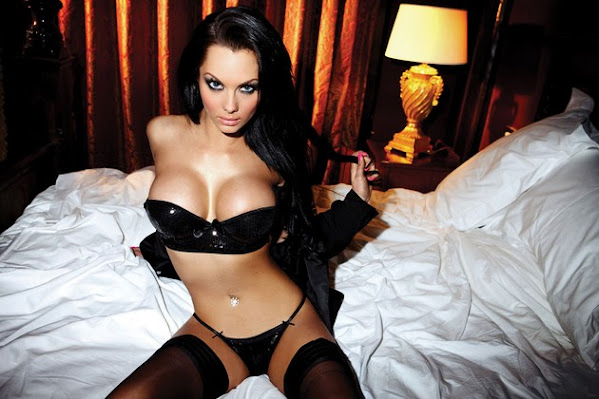 Right now we get cozy with classic images of lingerie modeling hottie JJ as we check pop culture, community news and top headlines.

The long lines that formed at Fannie's West African Cuisine on Troost Avenue during last year's KC Restaurant Week were "overwhelming." Owner Fannie Gibson, a native of Liberia, recalled some diners drove three or four hours from "places far away in Missouri I had never heard of." "It was beautiful!


Golden Ghetto Gets It Together

OVERLAND PARK, Kan. - Many in the metro woke up to the first substantial winter storm of the season. Roads and houses were covered with inches of snow, prompting families and commuters to brave the cold and clean up the aftermath.

The Lee's Summit, Missouri Police Department has released the identity of the person shot to death Friday night aboard an Amtrak train. Police said 30-year-old Richie T. Aaron Jr. of Independence, Missouri, was shot to death aboard the Missouri River Runner Amtrak train.Investigators are still working to develop the timeline leading up to and after that shooting.

Hundreds of migrants set off from Honduras toward US border

SAN PEDRO SULA, Honduras -- Some 600 migrants hoping to reach the United States set off in a caravan Saturday from the northern Honduran city of San Pedro Sula. Hundreds of young men, women and children, most from Nicaragua, Honduras and Cuba, had gathered overnight and early morning at the city's central bus station.

Concerns mount for Tonga after tsunami triggered by underwater volcano

Compounds in cannabis are able to block SARS-CoV-2, the virus that causes COVID-19, from entering cells, according to a study published this week by researchers at Oregon State University and Oregon Health & Science University. The compounds found in hemp - cannabigerolic acid (CBGA) and cannabidiolic acid (CBDA) - were identified during a chemical screening effort as having potential to combat coronavirus, the study said.

KYIV, Ukraine (AP) - Hackers on Friday temporarily shut down dozens of Ukrainian government websites, causing no major damage but adding to simmering tensions while Russia amasses troops on the Ukrainian border. Separately, in a rare gesture to the U.S. at a time of chilly relations, Russia said it had arrested members of a major ransomware gang that targeted U.S.

Rihanna's creations are coming soon to a store near you. The Bad Gal announced on Friday that she will be expanding her Savage X Fenty lingerie brand to include physical stores. "2022, we coming in HOT! we bout to bring you a whole new #SavageXFenty experience with the launch of our brick-and-mortar retail stores!"

KANSAS CITY, Mo. - Chiefs tailgaters won't have to worry about a snowy mess at GEHA Field at Arrowhead Stadium after crews worked to clear it out Saturday. Despite the low temperatures, one crew was in high spirits, shoveling since sunrise to get Arrowhead ready for Sunday's showdown in prime time.

Leave Those Chiefs Playoff Ghosts in the Past

On wild-card weekend, Kansas City Chiefs will be entering the playoffs for a seventh straight season. Under head coach Andy Reid, the Chiefs have gone to the playoffs in eight of his nine seasons in Kansas City. Before he arrived on the scene, and even for a time thereafter, there was plenty of playoff heartache.