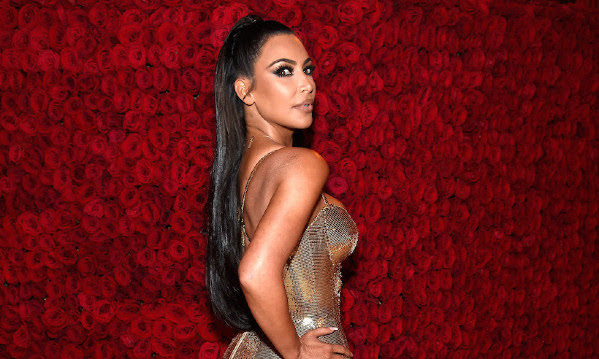 Right now we consider hottie Kim near a bed of roses whilst checking pop culture, community news and top headlines.

KANSAS CITY, MO (KCTV) --- Police helped evacuate two individuals who were inside a home with a woman threatening to harm them and herself. Officers remain in a standoff with the woman, which began around 6:15 p.m. in the 10600 block of Skiles Avenue.


Another Life Lesson About Scarcity

School districts on both sides of the state line are struggling to stay open. Olathe and Kansas City, Kansas, both closed Tuesday and Wednesday due to understaffing concerns, due to COVID-19 exposures, quarantines, and illnesses.

KANSAS CITY, Mo. - Deer-hunting season wrapped up Saturday in Missouri with nearly 300,000 animals harvested, according to preliminary information from the the Missouri Department of Conservation. There were 293,670 deer taken during deer-hunting season - including 143,049 antlered bucks, 26,559 button bucks and 124,022 does.

Kim Kardashian showed off her sensational figure on a Caribbean beach as she flaunted her figure for her latest photo-shoot this Friday. The 41-year-old reality TV bombshell was modeling a nude one-piece from her shapewear line SKIMS as she pranced along the waves breaking on the shore.

Biden goes over the top praising Kamala Harris: 'I love you'

President Biden Friday put on full display admiration for "partner" Vice President Kamala Harris claiming he could not imagine having anyone else serve by his side as questions about her performance grow. Biden's praise for Kamala came as the two of them delivered remarks at a virtual Democratic National Committee grassroots event on Friday.

A draft executive order prepared for former President Donald Trump and obtained Friday by Politico would have authorized the secretary of defense to send National Guard troops to seize voting machines around the country in the weeks following the 2020 election.

Bill Maher pushes back on Fauci: 'Don't sit there in your white coat and tell me "just do what we say"'

is pushing back against blindly following the advice of and other doctors amid the coronavirus pandemic, saying, "Don't sit there in your white coat and tell me 'just do what we say.'" "That's not a criticism of them like they're being corrupt, although there certainly is plenty of corruption in the medical establishment," the "Real Time" host said in an interview with Deadline published Friday, when asked if he believes Fauci, the nation's leading infectious disease doctor ,or the medical establishment "really know what they are doing."

Two New York City police officers were struck in a shooting in Harlem Friday night, days after a 16-year-old boy allegedly shot another officer in the Bronx, according to authorities. An NYPD spokesperson confirmed that two officers had been shot near 119 West 135th Street in the NYPD's 32nd Precinct but said their conditions were not immediately available.


Pro-Life On The Move

In 1974, on the first anniversary of the Roe v Wade supreme court decision, abortion opponents gathered on the National Mall in Washington to "march for life". They vowed to return each year until the ruling, which established the right to abortion, was no longer the law of the land.

President Joe Biden entered office promising to end the Covid-19 pandemic, boost a lagging economy, get Americans back to work, restore US credibility abroad and heal a divided nation.

Kansas City Restaurant Week is entering its final stretch, with special menus available this weekend and then gone for a year.

The winter Olympics are quickly approaching and one of the most popular events is getting a new birth in Kansas City.The Kansas City Curling Club is hoping its new venue will slide them to new heights."I think it's one of the best-hidden secrets in Kansas City," said DeeAnn Wlodarski, president

KANSAS CITY, Mo. - In the world of COVID-19, you're taking a risk any time you plan a big trip or book a ticket to a large event. Fans of Adele learned the singer canceled her entire Las Vegas, Nevada, residency less than 24 hours before.

Temps will be in the 40s this weekend

Hide Transcript Show Transcript AND ABOUT THE CLOUDS WILL BE THICKENING UP AND OUR TEMPERATURES WILL ACTUALLY NOT COOL OFF VERY MUCH AT ALL. WE'RE GONNA HANG OUT MAINLY IN THEOW L 20S HEER THROUGH THE EVENING.

Shenseea, Megan Thee Stallion - Lick is the song of the day and this is the OPEN THREAD for right now.