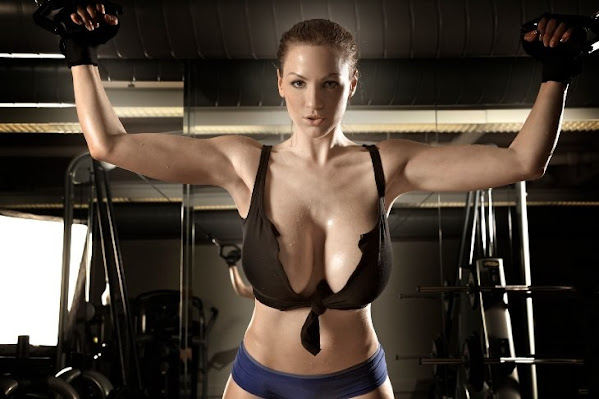 We can't all have the bod of former glam hottie Jordan . . . In fact, she had her top deck switched out at some point.

Nevertheless . . . The lack of enthusiasm for hitting the gym amid a pandemic is gaining traction.

Even if losing a few pounds might make locals a bit more healthy and slightly more resistant to plauge according to some fitness gurus.

“We have seen in the industry gym after gym give up the fight one way or the other and it’s a shame,” said Adam Turk, owner of 9Round Kickboxing Fitness in Mission.

Turk said new member sales at his two 9ROUND locations have taken a 33% dip and traditional new year membership traffic isn’t there anymore.

MISSION, Kan. - Gym memberships traditionally soar during the New Year with people determined to make their New Year's Resolutions happen, but some KC gyms say they've been in bad shape for nearly two years because of the pandemic.


Can losing weight help protect you against COVID-19?

In the holiday season, when the average American can easily pack on a few pounds, experts say there is another reason to pay attention to your weight: COVID-19.People who are overweight or obese are at a much higher risk of much more severe disease and even death from COVID-19, and one new study suggests that losing weight can reduce that risk.The obesity epidemic has been a threat to Americans' health for years.