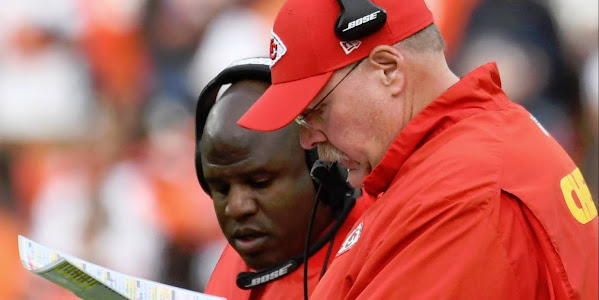 We'll make this quick because it's social media garage that should otherwise be ignored . . .

We notice that the demand is coming from local political leaders and it's not gaining much traction.

Remember that coach Bieniemy has interviewed with other teams and he's a contender for the top job in the NFL.

However, he has "clicked" here in Kansas City and after a devastating loss . . . Many of our friends in the urban core don't want to lose him to another town or keep him waiting for the top job.

Chiefs Andy Reid says he'll be back next season

KANSAS CITY, Mo. - Just hours after the Chiefs walked away from one of their most disappointing losses in recent memory, head coach Andy Reid announced an important decision about his future. Reid said Monday he planned to return to coach the Chiefs for another season.

listen, congratulations, goes out to Cincinnati. Um they did a did a nice job and did a better job than what we did in that second half, for sure, I appreciate our fans for sticking with us throughout the season and uh and then being being great today.