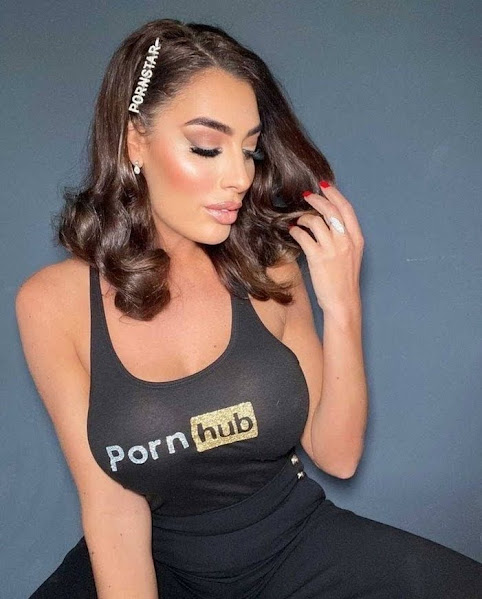 We try to start out early again inspired by pr0n hottie Ava as we check pop culture, community news and top headlines.

On the dance floor and against the backdrop of the Latin American rhythms of the music, a salsa community has sprung up in Kansas City. And it's the focus of the exhibition, "Aliza Nisenbaum: Aquí Se Puede (Here You Can)" at Kemper Museum of Contemporary Art through July 31.

OLATHE, Kan. - Last week, the Kansas State Department of Education decided to ease the qualifications required to become a substitute teacher to help schools. On Monday, the state said the ones stepping up for schools, applying to substitute, are working professional parents. Mirah Nash is one of them.

The news release calls the 2020 election "the greatest theft of an election in American history." MISSOURI, USA - A Republican congressman running for U.S. Senate in Missouri released a 30-second ad Thursday that falsely claims the 2020 election was "rigged" and "stolen" from former President Donald Trump.

by: Rebekah Chung Posted: / Updated: TOPEKA, (KSNT) - Short-staffed Kansas correctional facilities are pointing to salary and wage issues, making it hard to retain and recruit workers. Kansas lawmakers in the House Transportation and Public Safety Budget committee, held their first round of hearings on the issue on Wednesday.

Biden swipes Fox News reporter for pressing him on growing Russia-Ukraine conflict: 'What a stupid question'

President Biden took a swipe at Fox News White House correspondent Jacqui Heinrich for attempting to press him following his controversial remarks about the escalating Russia-Ukraine conflict. During his marathon press conference, Biden sparked an international firestorm as critics accused him of providing a "green light" for Russian President Vladimir Putin to begin an invasion in Ukraine.


MAGA Feeling Anything But Peachy Amid Investigation

The Story Behind TIME's 'Year One' Joe Biden Cover

Here's the story behind TIME's cover about the first year of Joe Biden's presidency.

President Biden's Transportation Secretary Pete Buttigieg pushed back against MSNBC's Joy Reid's assertion that the infrastructure bill mostly benefited White guys and excluded other groups on MSNBC's the "ReidOut" Thursday. MSNBC host Joy Reid asked, "Do you think it was a mistake looking back, because you know that the infrastructure bill that was passed was cleaved apart from what's now being called Build Back Better.

Following discussions in Berlin with British, French and German officials, Mr Blinken said on Thursday that allowing a Russian incursion into Ukraine would "drag us all back to a much more dangerous and unstable time, when this continent, and this city, were divided in two... with the threat of all-out war hanging over everyone's heads".

Iranian media on Wednesday reported that trilateral naval drills with China and Russia would begin this week, with an official saying they were meant to "strengthen security." Citing reports from the Iranian Students News Agency, Reuters reported that Mostafa Tajoldin, a public relations official for the Iranian armed forces, confirmed the drills will start this Friday north of the Indian Ocean.

A TV reporter in West Virginia shocked viewers during a live shot when she was struck by a vehicle - but bounced back up to finish her report. "Oh my god! I just got hit by a car, but I'm OK.

Jay-Z, Meek Mill, Kelly Rowland and Killer Mike are among the star names arguing for a change in New York law that would prevent rap lyrics being used as evidence in criminal trials. The vocalists, joined by Fat Joe, Yo Gotti, Robin Thicke and more, have signed a letter urging lawmakers in New York state to back the proposed change and uphold freedom of expression.

Meat Loaf, the hardworking singer and actor whose Bat Out of Hell is one of the best-selling albums ever and who played Eddie in The Rocky Horror Picture Show, has died. He was 74.

The NFL postseason is well underway following Super Wild Weekend. It was an opening act that was a mix of home teams holding court with a stunning collapse by one of them -- the Dallas Cowboys yielding to the bully ball ways of the San Francisco 49ers at AT&T Stadium.


Getting Touchy Feel-y In JoCo

KANSAS CITY, MO (KCTV) -- A lifelong Chiefs fan and his team are creating eye-catching crop art and corn mazes, including designs crafted to support the Kansas City Chiefs. The team at Precision Mazes have created their designs in crop fields around the country for more than 20 years.

Meat Loaf - I'd Do Anything For Love (But I Won't Do That) is the song of the day and this is the OPEN THREAD for right now.