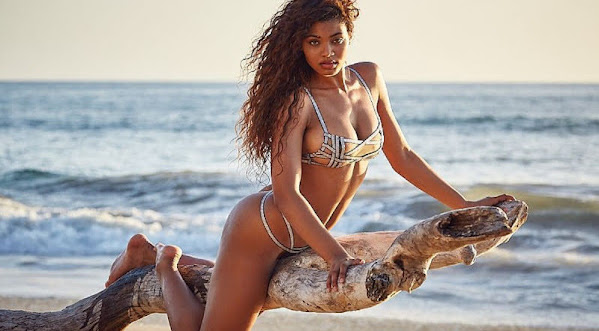 Right now we admire hottie Danni and her body of work which inspired this quick peek at pop culture, community news and top headlines.

KANSAS CITY, Mo. - Hundreds of people spent the Martin Luther King Jr. holiday volunteering their time at Harvesters in Kansas City, Missouri. "It's MLK Day obviously, so it's a day on, not a day off. It's a national day of service," Americorp member Brianna Green said.

by: Mike Coutee Posted: / Updated: KANSAS CITY, Mo. - The family of Richie T. Aaron Jr, who was killed Friday on the Amtrak train has set up a GoFundMe page to help pay for funeral expenses. Aaron died in a shooting on the train around 9:15 p.m.

As schools cancel class due to COVID-19, daycares figure out how to take more kids

KANSAS CITY, Mo. - Some families across the Kansas City area are having to scramble for childcare as schools called off class last week and now this week. Staffing shortages due to COVID-19 forced the Kansas City, Kansas, and Olathe school districts to cancel classes for Tuesday and Wednesday.

KANSAS CITY, MO (KCTV) -- Kansas City police are investigating two shootings deaths from Sunday night into Monday morning, one of which they are classifying as a homicide. Officers were called around 11 p.m. Sunday to Saida Street and North Drury Avenue on a reported shooting.

Fareway Stores Inc. is gearing up to open its second and third locations in the Kansas City metro. The Iowa-based grocery company revealed more details about its planned Fareway Meat Market store in Kansas City, off Highway 152 and North Shoal Creek Valley Drive.

SI Swimsuit model Danielle Herrington 'had no idea' she was pregnant during photoshoot: 'Pure shock'

Danielle Herrington had no idea she was pregnant while posing for Sports Illustrated Swimsuit. Four days after wrapping her photoshoot in January, the 28-year-old learned she was expecting her first child. "I was honestly in shock," the model told PEOPLE (the TV Show!) on Thursday. "It was like pure shock and a little terrified.


Life Only Getting Tougher For Prez

The U.S. midterm elections are some 10 months away, but President Joe Biden's administration and allies already foresee a possible scenario in which Republicans take the House of Representatives, the Senate, or both, and launch a series of investigations and attempts to impeach the president.

The Trump Org Stiffed a Hotel. His Kids May Pay the Price.

Former President Donald Trump and his family company have a long history of stiffing contractors, but there's one bill they almost certainly wish they had paid. Ahead of the 2017 presidential inauguration, the Trump Organization reserved a block of rooms at the Loews Madison Hotel.

The Wall Street Journal editorial board called out Senate Majority Leader Chuck Schumer, D-N.Y., Friday for attempting to mislead Americans over certain aspects of Georgia's changed voting rules. In a Friday editorial, the board argued his citing of Georgia's election laws as a tool of voter suppression "didn't survive cursory inspection," and were part of him "desperately" trying to avoid a primary challenge by " Squad" member Rep.

China's GDP grew at the slowest pace in one and half years in the fourth quarter, as a deepening property crisis, renewed Covid outbreaks, and the government's insistence on strict control measures added to concerns on an already slowing economy.

What it was like inside the Colleyville, Texas, synagogue during the 11-hour hostage standoff

It started like most any Saturday for members of Congregation Beth Israel.

'Virtual reality is genuine reality' so embrace it, says US philosopher

t is hard to imagine humans spending their lives in virtual reality when the experience amounts to waving your arms about in the middle of the lounge with a device the size of a house brick strapped to your face. But this is where humanity is heading, says the philosopher David Chalmers, who argues for embracing the fate.

While KMBC has always been partial to a Chiefs Fur Baby Friday, The Kansas City zoo went with something a little more exotic. The KC Zoo shared a bunch of adorable pictures Sunday of several animals enjoying some special Chiefs game day snacks. The fun definitely didn't stop there!

Their exclusive Chiefs hoodies sold out in less than three hours; How you can snag a tee before it's too late

Chiefs playoffs tickets might be the hottest-selling item in town, but there's a close second. Check out a photo gallery from MADE MOBB's release party with the Kansas City Chiefs to celebrate the streetwear brand's limited edition postseason collection. Few pieces remain after Sunday's game.

KANSAS CITY, Mo. - The pandemic hit the restaurant history hard, and moving forward, a few faces familiar with Kansas City's restaurant scene hope two new concepts can offer employees a chance to be a part of something different. The Manaia Collective will include two new restaurants at 20th and Main streets in Kansas City, Missouri.

Whataburger to be officially welcomed to Kansas City metro