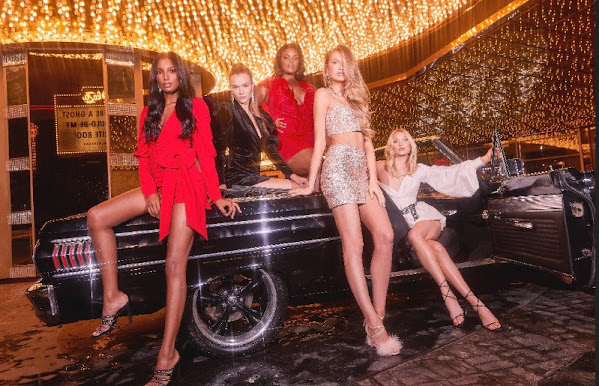 Right now, for our beloved late night readers, we consider the fate of the angels along with pop culture, community news and top headlines.

An apartment fire in northeast Kansas City Wednesday night damaged two apartments, according to the Kansas City Fire Department.Authorities said fire crews were called at 8:46 p.m. after receiving multiple reports that the building was on fire.Firefighters quickly brought the fire under control.Everyone in the building was able to safely escape.

Kansas City doesn't just have one sister city - we have 12. Here's how that works

This story was first published in KCUR's Creative Adventure newsletter. You can sign up to receive stories like this in your inbox every Tuesday. The idea of sister cities (or twin towns) has been around for centuries. But it sparked the imagination of American civil and public leaders after World War II, when President Dwight Eisenhower promoted a program of "citizen diplomacy."

New wastewater data shows omicron has peaked in Kansas City and other large metros in Missouri. But rural areas are seeing big increases.Places such as Chillicothe are seeing double the viral load they had a month ago.It takes several days before infected people show symptoms, but wastewater testing provides early awareness of the trend ahead.Missouri had its highest number of COVID-19 cases since the pandemic began, but new wastewater testing data shows in cities, cases are trending down."Missouri is right at the crest.

Behind The Curve In COVID Fight

WICHITA, Kan. - The number of Kansans with COVID-19 rose by more than 14,000 in the past two days. The Kansas Department of Health and Environment also said the number of COVID-19 deaths has increased by 52, bringing the Kansas death toll to 7,388.

Kansas City has lost another prominent restaurateur. Danny Edwards, 67, owner and operator of Danny Edwards Blvd BBQ, died Jan. 21. "Friends and family have been coming in. He knows a lot of people," said Joel Bremer, who purchased the restaurant three years ago. Bremer said Edwards died in his sleep.

Victoria's Secret & Co said on Tuesday it will sell a 49% stake in its China business to Hong Kong-based lingerie maker Regina Miracle International Ltd for $45 million in cash, aiming to boost sales with the help of a local partner.

Biden said he'd put a Black woman on the Supreme Court. Here's who he may pick to replace Breyer

In what will be one of the most monumental endeavors of Joe Biden's presidency, the retirement of Stephen Breyer sets the stage for an immensely important decision by the President.

Former U.S. Ambassador Nikki Haley suggested that President Biden and Vice President Kamala Harris should step down from their positions over their handling of foreign policy. Speaking on "The Guy Benson Show," Haley condemned Biden's comments from his press conference last week, where he implied there may be no action should there be a "minor incursion" by Russia at the Ukrainian border.

Stewart Rhodes will remain jailed until trial on charges of seditious conspiracy for attempting to forcefully block the transfer of presidential power on - and after - Jan. 6, 2021. On Wednesday afternoon, a federal judge in Plano, Texas, agreed with prosecutors that Rhodes, the founder of the right-wing " Oath Keepers " militia, poses a danger to society and should be denied bail.

Russian Foreign Minister Sergei Lavrov, however, said earlier on Wednesday that Mr Stoltenberg had "lost touch with reality", when asked about Nato boosting its presence near Russia's borders.

Patient who refused COVID vaccine was denied a heart transplant

MENDON, Mass. - A Boston hospital is defending itself after a man's family claimed he was denied a new heart for refusing to be vaccinated against COVID-19, saying most transplant programs around the country set similar requirements to improve patients' chances of survival. The family of D.J.

Long COVID-19: Study author explains four factors that can predict how you get it

Long COVID-19 has had an air of mystery around it for months. Doctors have struggled to explain or understand why some people who contract COVID-19 end up having lingering symptoms like fatigue, difficulty thinking clearly, or shortness of breath weeks or even months later.

Denmark aims to scrap all domestic COVID-19 curbs by February

COPENHAGEN, Jan 26 (Reuters) - Denmark aims to scrap all remaining domestic COVID-19 restrictions next week, following on from similar announcements in the UK, Ireland and the Netherlands in the past week despite high numbers of Omicron infections in Europe.

Tyrann Mathieu the only Chiefs player not to practice on Wednesday

coach, we're ready whenever you are. Okay. Good. Um so the only person who didn't practice today was Tyron, but he's in the protocol, so um doing very well. We'll just see how, see how it does tomorrow and and there's a chance if everything works out, then you'll be able to get back.


South Side Stepping Up

Here are the recommended PIAC neighborhood improvements for 6th District

By John Sharp Funding for nearly $4.9 million in neighborhood capital improvement projects in the 6 th City Council District that currently covers much of south Kansas City for the city's next fiscal year starting May 1 has been recommended by the 6 th District representatives on the city's Public Improvements Advisory Committee (PIAC) with the concurrence of 6 th District City Council members Andrea Bough and Mayor Pro Tem Kevin McManus.

KANAS CITY, Mo. - On Friday morning, the family of Jordan Waite will say their final goodbyes at the Highland Park Funeral home in Kansas City, Kansas. The young man fought a hard battle against cancer and in the final weeks against COVID-19. Waite had just turned 16 when his world would forever change.

OVERLAND PARK, Kan. - The Parade of Hearts is coming to Kansas City. Artists from around the metro are designing five-foot KC hearts to be displayed and later auctioned. Each heart has it's own story. Including one from a Johnson County, Kansas man who survived a traumatic brain injury.

Kansas City chilly and dry for the next few days

Hide Transcript Show Transcript FORECAST SO YOU'LL KNOW FIRST. THIS IS FIRST ALERT WEATHER. I LOVE THAT VIDEO KELLY. I FEEL LIKE THAT'' LIKE SECURITY CAM VIDEO FROM US HERE AT THE STATION WHEN WE WON THAT GAME.